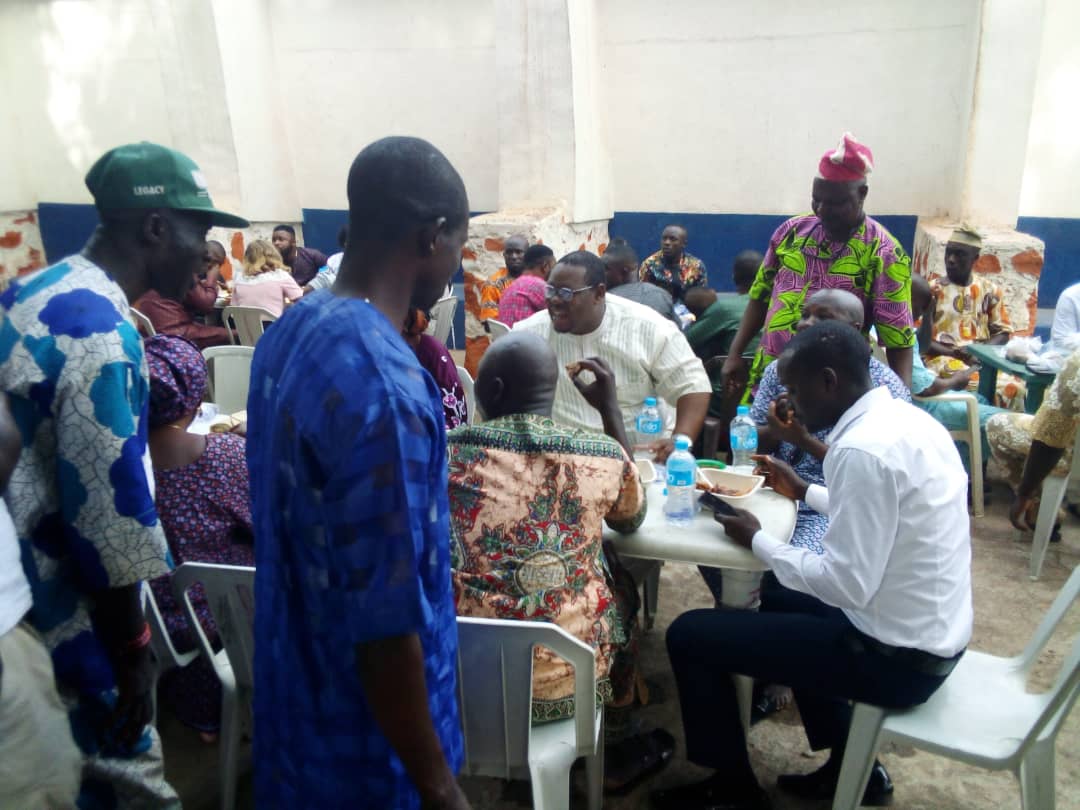 It was a moment of joy on Sunday as relevant stakeholders in Ogbomoso People’s Democratic Party (PDP) joined Hon. John Adisa Oke at his country home to felicitate with him on the occasion of Easter celebration.

Easter, which is understood to be Pascha sunday in Romans, is a Christian festival and holiday commemorating the resurrection of Jesus from the dead, described in the New Testament as having occurred on the third day after his burial following his crucifixion.

The event was well attended by notably-ranked individuals in Ogbomoso zone including Chairmen, PDP members, Religious leaders and others who were in funfair throughout the day.

While speaking with Mouthpiece NGR, Hon. John Adisa Oke expressed his profound gratitude to the most high God for the opportunity to celebrate another Easter festival in sound health.

He then appreciates His Excellency, Engr. Seyi Makinde for the opportunity given to him to serve under his administration and to be relevant in the present political dispensation.

Oke equally lauds the DG, OYSIPA, Hon. Segun Ebenezer Ogunwuyi for his fatherly support, sterling leadership and administrative acumen in uniting members of the party under one umbrella for the progress of Ogbomoso and towards reelection of Governor Seyi Makinde.