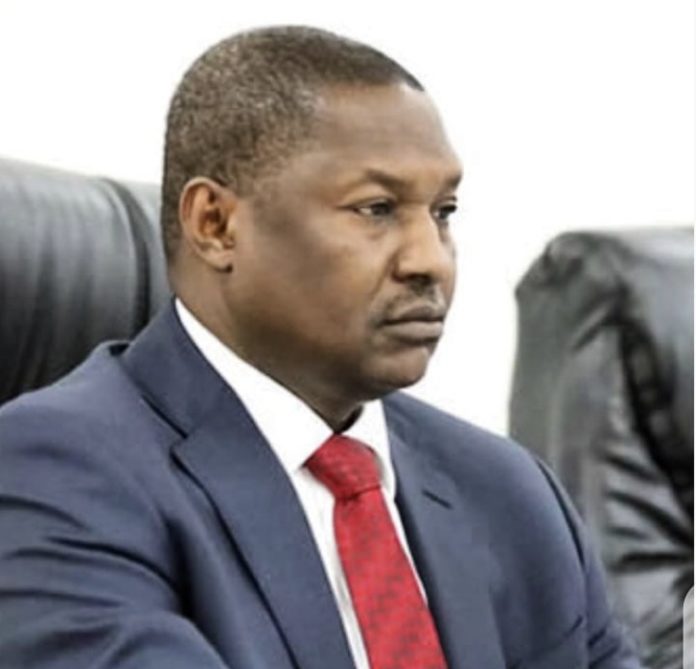 Nigeria’s Minister Of Justice Malami Is reported to have been critically sick After Sokoto slump and has been hospitalized.

It was earlier reported that the Attorney-General of the Federation and Minister of Justice, Abubakar Malami (SAN) collapsed at a high-powered event in the state yesterday.

The powerful minister, who was on official assignment in Sokoto, was quickly surrounded by jittery aides and stupefied dignitaries at the event who successfully resuscitated and propped him up back on his feet.

Malami, who recently returned from an official visit to Turkey, was in Sokoto for the inauguration of the reconstructed State High Court complex.

According to a source who’s familiar with the development, the AGF, who was transported sick from Sokoto was, upon his return to Abuja, hospitalised.

Malami, along with the Chief Justice of Nigeria, Justice Ibrahim Tanko, was in Sokoto on Monday to commission the reconstructed State High Court complex.