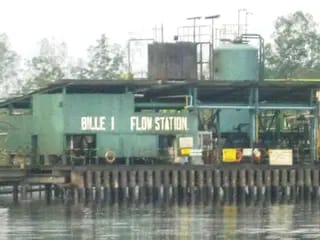 The House of Representatives has alleged that Nigeria lost $339 million (estimated N128.8 billion) to crude oil diversion since 2018.

At a session yesterday, it resolved to create an ad hoc committee to investigate the allocation of crude oil under the Direct Sale Direct Purchase (DSDP) scheme from 2018 till date.

It will also investigate crude oil allocation per refineries and the rationale for the allocation and un-utilized stock of crude oil in the case of a refinery with inadequate production capacity.

The resolution came after the adoption of a motion moved at the plenary on Wednesday by Rep. Makki Yalleman, on the need to scrutinise the DSDP scheme.

He had quoted a media report saying about 5.2m barrels of crude oil supposedly allocated to the comatose NNPC refineries in 2018 under DSDP operations are unaccounted for.

“Essentially, almost half of the 10.9 million barrels of crude oil allocated for domestic supply between June 2018 and July 2019 as reported by the NNPC is either stolen or diverted”.

According to him, the average price for Nigerian crude oil in 2018 was $65 which means that the volume unaccounted for may have denied the country $339m at a time of acute revenue deficit.

He added that unless these leakages are blocked, the spate of missing critical national revenue will deepen the national deficit and thus further deprives the country of much-needed development.