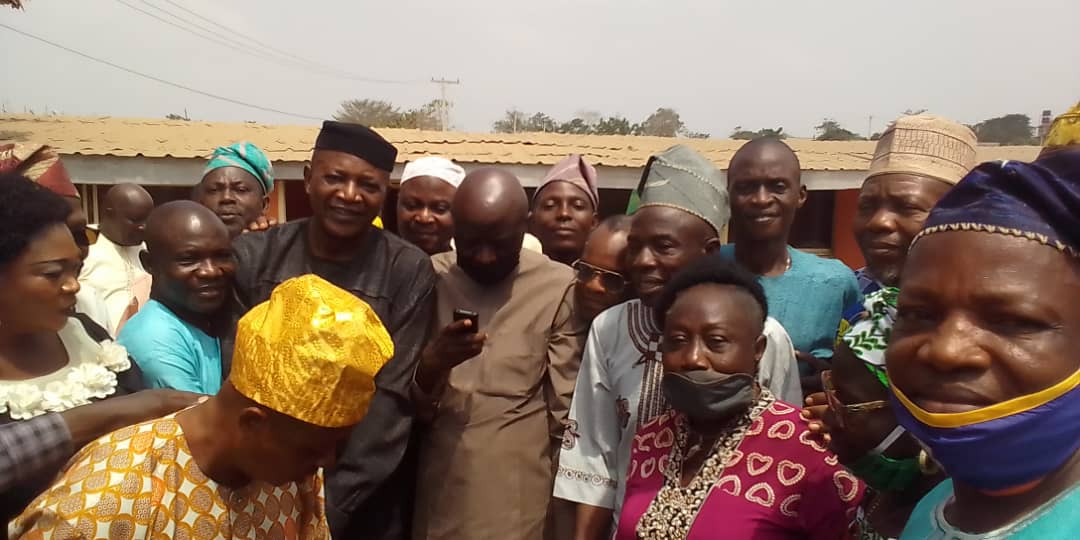 A faction of the Zenith Labour Party (ZLP) in Oyo state has dismissed recent report that the party has collapsed structure into the All Progressives Congress (APC).

The leadership of the now moribund ZLP also said that Ladoja is not a member of any party, insisting that majority members of the party have joined the Peoples’s Democratic Party at a meeting on Wednesday in Ibadan.

The meeting presided by Comrade Wole Abisoye, former state chairman of ZLP had in attendance former local government chairmen, political stalwarts and other party faithfuls across the thirty-three local governments.

Speaking at the meeting, Abisoye maintained that majority members of the ZLP across the thirty-three local government have returned to the PDP since two weeks ago.

Debunking the statement that ZLP has been collapsed into the APC and members of Senator Rashidi Ladoja’s political group have joined the APC, Abisoye said nothing can be farther than truth.

He stated unequivocally that their political leader and former governor of Oyo state, Senator Ladoja is no longer a card carrying member of any political party.

On the claim of other group that their moving to APC has the blessing of Senator Ladoja, Abisoye warned that nobody should drop the name of Ladoja for their selfish goals.

According to Abisoye, “when APC senators from Oyo state at various times approached Senator Ladoja to join their party, he (Ladoja) made no commitment but rather leave the matter to be decided by the leaders of the ZLP”.

Giving hindsight on how he and other local government chairmen returned to PDP, Abisoye said when the Apex members of the party met, he took his stand not to join the APC but PDP.

This according to him led large numbers of members to move en mass to PDP across the state.

Mr Abisoye added that he was happy that ZLP members have been restored and fully integrated into the PDP, calling on others who have been deceived to move into APC to retrace their steps and return to the right place.

Giving reasons for joining the PDP, some leaders who spoke at the meeting acknowledged development strides currently going on in every local government of the state.

For this reason, they said gave them conviction to join the train and thereby pledged their unflinching support for the administration of Governor Seyi Makinde.

In his short remark at the meeting, Senator Agboola commended them for taking the crucial decision to “return home” and team up with Governor Makinde’s administration.

He added that they would be treated equally as other members of the party, adding that they would not be left out in the sharing of positions, even after the local government election in May.