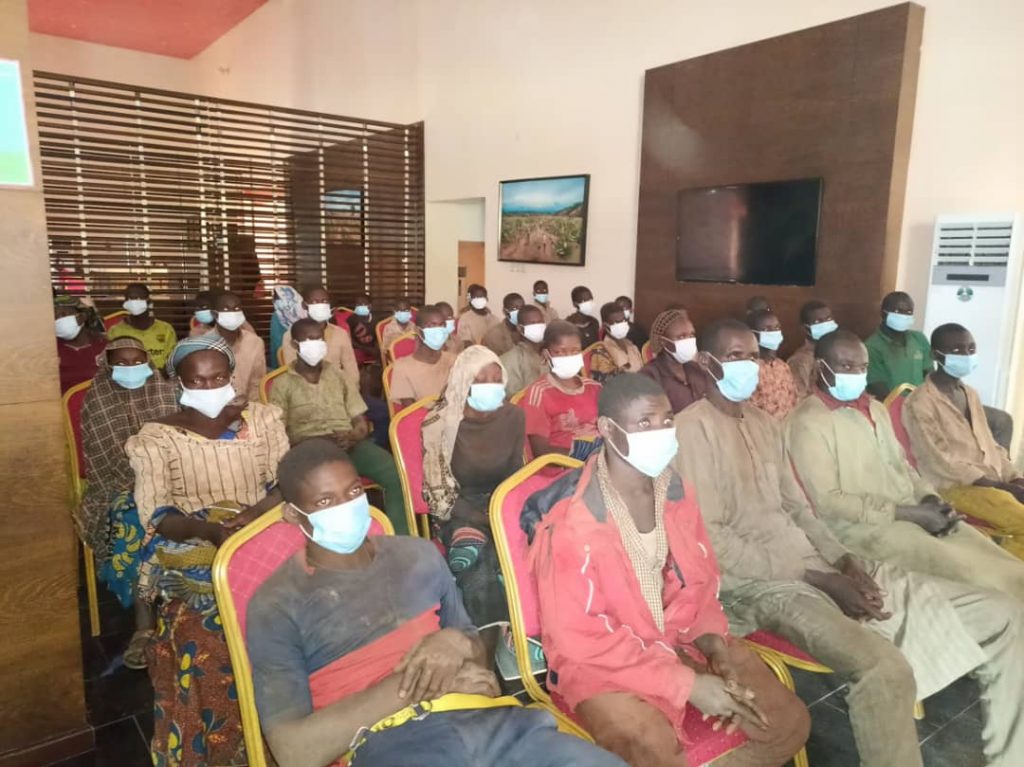 The 38 abducted schoolchildren and officials of the Government Science College Kagara, Niger State, on Saturday, regained their freedom from bandits, who kept them in captivity for 10 days.

The abductees, who were received by Governor Abubakar Sani Bello at the Niger State Government House in Minna, recounted their ordeal in the bandits’ den on Saturday.

The 38 victims, comprising 24 students, six members of staff and eight relatives of the staff members, arrived in Minna early on Saturday.

They were immediately taken to a government-owned facility for medical examination and to clean up in view of their poor physical appearances.

Of the 38 victims, one was hospitalised.

Bandits had on February 17, 2021 stormed the Government Science College Kagara and taken away the abductees.

In the operation, a pupil, identified as Benjamin Habila, was shot dead by the bandits.

One of the 24 pupils, who regained their freedom on Saturday, Suleiman Lawal, said given the kind of suffering he experienced in the bandits’ den, it was unlikely he would return to the same school.

The SS3 student said, “We suffered so much. I had never faced this kind of situation in all my life. I don’t think I will like to go back to that school again.”

His colleague, Mahmood Mohammed, described the experience as hellish, saying he never thought he would regain freedom.

“I faced hell; it was not easy, I did not know I would come back. I had a headache while I was in the bush but they didn’t take care of me. They (the bandits) were many. The experience is terrible; I am not feeling well,” Mohammed said.

Another SS3 pupil, Abubakar Sidi, said the bandits starved them for several hours, adding that after they eventually fed them, they began to beat them.

Sidi said pupils who identified themselves as children of policemen or military men were even more ruthlessly beaten by the bandits.

He said, “We couldn’t get any food to eat, from 1 0’ clock till night, but they later fed us; and after feeding us, they began to ask for our fathers’ occupations and beat us. Anyone who said his father was a policeman or a soldier was asked to come out and was given extra beating. They beat us based on the work our fathers do. They beat me so mercilessly so much that I was wishing to die.

“The experience was too bad; the forest was horrific. They fed us beans every day, just as they tortured us.”

A guardian of one of the freed pupils, Abdulmalik Muhammed, said he was happy beyond description to have the child back.

He said, “If I can search for any other word greater than happiness… I am very happy. It was not an easy experience but thank God they are back.”

The guardian commended the Niger State Government and the Federal Government for ensuring the release of the pupils.