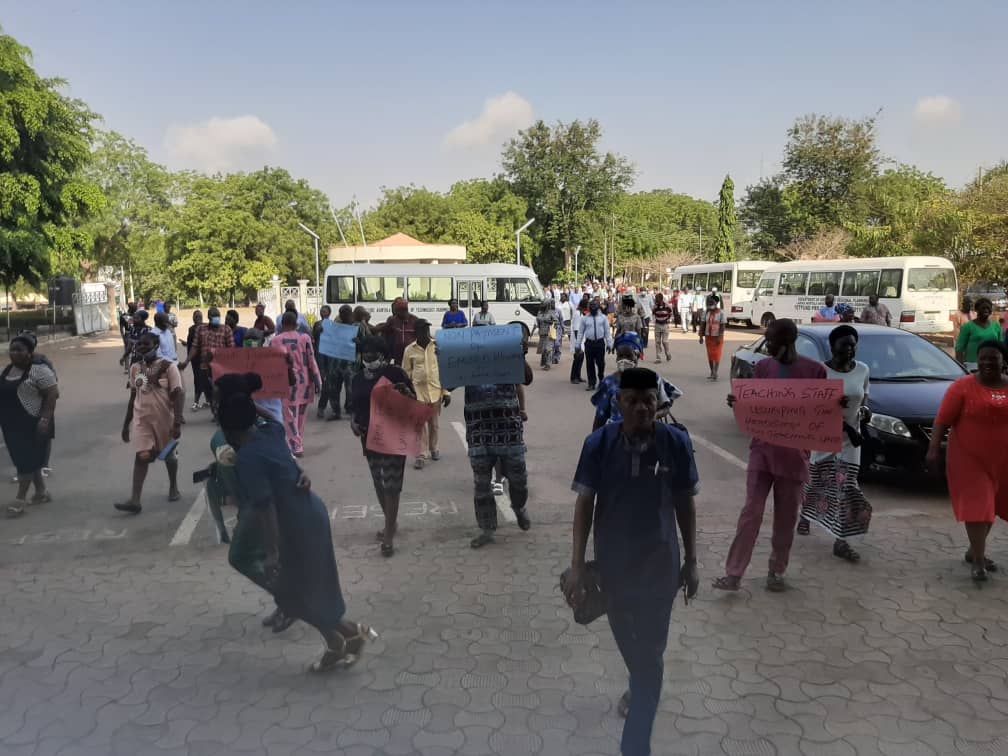 The three days National protest of Joint Action Committee of SSANU and NASU enter day two today in which LAUTECH  SSANU and NASU members actively participated  in the protest as directed by the Union National body.

It was gathered that the protest started from University main gate to the Senate Building where members was addressed by the Branch JAC Chairman Comrade Alesinloye.

Alesinloye called on the Federal Government to acced to the Union demand to avoid another round of strike in our universities.

While also calling on the owner state government to pay them minimum wage, he demanded for immediate constitution of LAUTECH Governing Council as well as payment of arrears.

He further called on the Governor to call the official of the Ministry to order from tampering with their hazard allowance, retirement age and extant law of the university, saying that this will not be acceptable by the union.

He added that the protest will continue tomorrow.