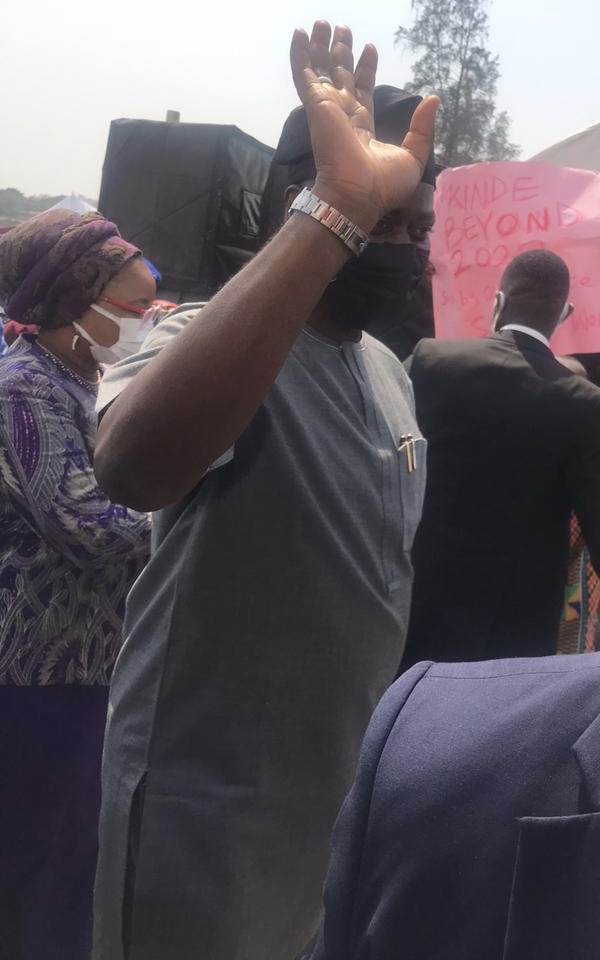 The Governor of Oyo State, Engineer Seyi Makinde on Wednesday said the 2021 annual inter religious service is to show gratitude to God.

Mouthpiece NGR reports that Governor Makinde honored the late ex governor of Oyo state, Senator Abiola Ajimobi, His mother, and Mr Kehinde Ayoola and others who gave up the ghost last year in a one minute silent.

The governor who jokingly reacted to one of the statement of opposition members about his visit to US said: “since Lat year, I don’t know where airport is, due to the pandemic.”

He said he was in Oyo State and didn’t travel out of the country for 10 months. But traveled to Abuja, Ondo, Lagos, etc.

From February to 30th of December. He held his birthday at Shaki. He left Ibadan to shaki on the eve of his birthday to know what’s going on.

On the 30th, he decided to spend new year in abroad. But before he came back, people have started attacking him.

Now  I am back and will continue to serve the people of Oyo state, he said.

To commission 3km in under G

Commissioning of first bus terminal road in Ojo, other places

The governor said, “by the grace of God, we are not owing salary. We sprinkled surprise by paying 13month salary for the second round. We did it at a time when other states are owning their workers”.

“We have spend 9.3billion to pay pensions and gratuity”. The governor added that all outstanding promotions from 2017 to 2020 would be paid.

“Under our watch, the service civil servants will have opportunity to grade 17. We will continue to prioritize the welfare of civil servants in Oyo state.

“Yes, 2021 will come with his own challenges, but we pray that everything would be smooth sailing. There may be turbulent, but with our trust in God, we will get to the destination.”

“Two things making headline now and in deed oyo state is the Covid-19 pandemic and also the cases of insecurity. Our administration is on top of the matter and everything will be resolved.”

“I will beholding a press conference in addressing this issue. I can assure you that things would be done.”

The excerpt read further: “I watched a video where someone said that Amotekun harrased him, but with further findings, we realized that such statement is political.”

Makinde concluded by appreciating everyone who stood by him for his mum burial.

“When we came in just about 1year and six months ago, our promise was to serve and we shall continue to serve the good people of Oyo state. We shall put their interest first.”

“I have heard people saying that the issue of Makinde is that he is playing a populism card. He wondered if democracy is not to serve people.

He said his administration will continue to serve everyone. “NUC presence here is an indication that they’ve been enjoying our government.”

“For those in government, let not forget the pledge we made to the good people of Oyo state. Let’s put the interest of the people first. As we begin the year 2021, let’s look for a way to make 2021 better than 2020.”