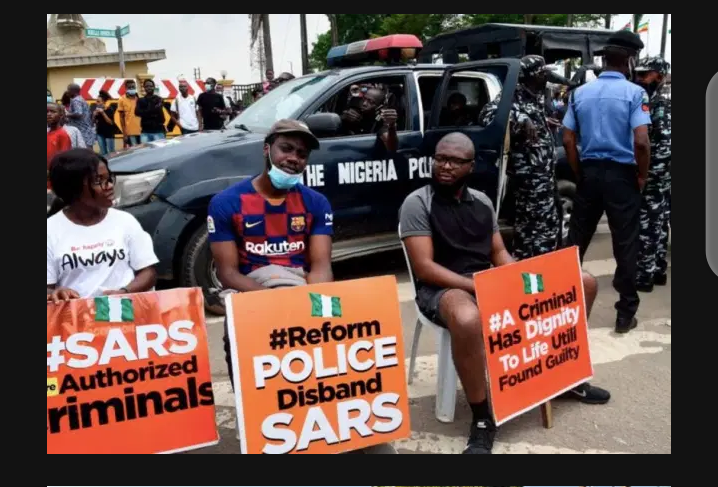 Information reaching Mouthpiece NGR news room says that a group of #EndSARS protesters, who went along with Omoyele Sowore, the convener of the #RevolutionNow Movement, on Sunday, blocked the entrance to the Force Headquarters in Abuja.

The group was demanding release of many protesters arrested for alleged involvement in the looting of COVID-19 palliatives and other private assets.

Sowore, also in a tweet, confirmed the presence at the Force Headquarters. He said adding they had earlier visited the Nnamdi Azikiwe International Airport to pass their message.

The protesters were seen chanting songs and calling on the relevant authorities to reform police disband SARA and also end police brutality and bad governance.