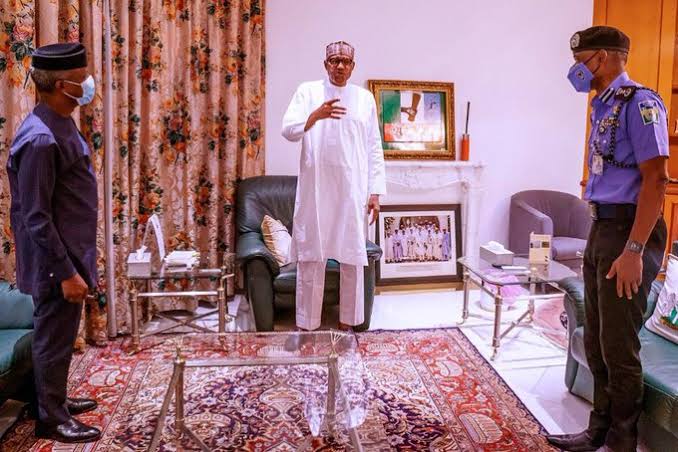 The Progressive Oyo Connect (POC) opines that; in every societies, law enforcers are known to pride the sanctity of the citizen’s lives, with strong respect for duty call.

In more sane climes, the staggering proof of an effective policing is measured by the sophisticated statistical data of it’s dedication to safeguarding the interest of the public, through a pertinent deliberation of prohibiting events that poses a risk to their lives. Non combative Security forces are charged with only one task; To protect the lives of every citizen by the rights to an existence.

Even though some bad eggs in police are at variance to the founding principles and maintained a  deviation from the policies that guides the emancipation of it’s citizens lives from ingrained manifestations of injury.

But it is perhaps needeful to state that,APC Government,under President Buhari has shown that, framework of our policing need some overhauling, a failure of the last Government inherited by this government. A totally insensitive to the lives of the  people they govern, sworn to  protect and  charged to enforce their the legislation that guarantee them peaceful habitation.

So sad, society look away too long and has given rise to a tidal wave of corrugible malpractices of which beget a notorious faction called Special Anti Robbery Squad  known by its dreaded acronym as the SARS. The SARS was established on the special decree of aiding the Nigerian Police Force (NPF) in its charge towards the of crime waves,which was a good thing from government, who is poise to protect its citizens. But in an unprecedented level of indiscipline has defected our arm of police or some segments from it’s primary  objective and launched the most egregious nightmare currently ravaging the Nigeria of this Government dream.

But the constant rampage and aggression  which led to lose of lives has given rise to an insatiable rebellion that has set the wheels of some unfortunate events in motion that were felt at every corners of the world within few weeks.

Nigerian citizens are affronted by these level of critical injustices, meted onto their very own in what is only a way to abuse authority. The masses are enraged. And Their justifiable uproar aimed to abolished the SARS must not be taken with levity. The rampages are in its highest levels and swerving to dangerous points every time.

POC is not averse to the deep scrutiny into the Police brutality, which must be ceased, in essence to placate the affront of the raging masses that know what it feels to be harassed and physically harangued.

To show how visionary this government is, under the auspices of President Buhari, has promoted specific principles,through the Police amendment bill,signed to law in Sept 2020. The bill that the Coalition of Public Interest Lawyers and Advocates (COPA), a Human Rights, pro-democracy and good governance group has commended President Muhammadu Buhari for signing into law,has it’s grip on cogent areas. The new law among other things provides for a more effective and well-organised police force driven by the principles of transparency and accountability in its operations and management of its resources.

So,as much as we frown at Policy brutality, we must give kudos to this APC Government, for deeming it fit,to sincerely seek for genuine police reform. And how governors, Senators and Reps,who equally lend their voices and sworn their supports.

President Buhari in his forthrightness agrees with the Youths of this country, that there is more steps to be taken in having the best of policing in Nigeria. Therefore, POC is with Nigeria, standing on the protocol and position that President Buhari maintained.

Let non one seize this opportunity to play politics or display vendetta towards this Government in the course of this struggle.