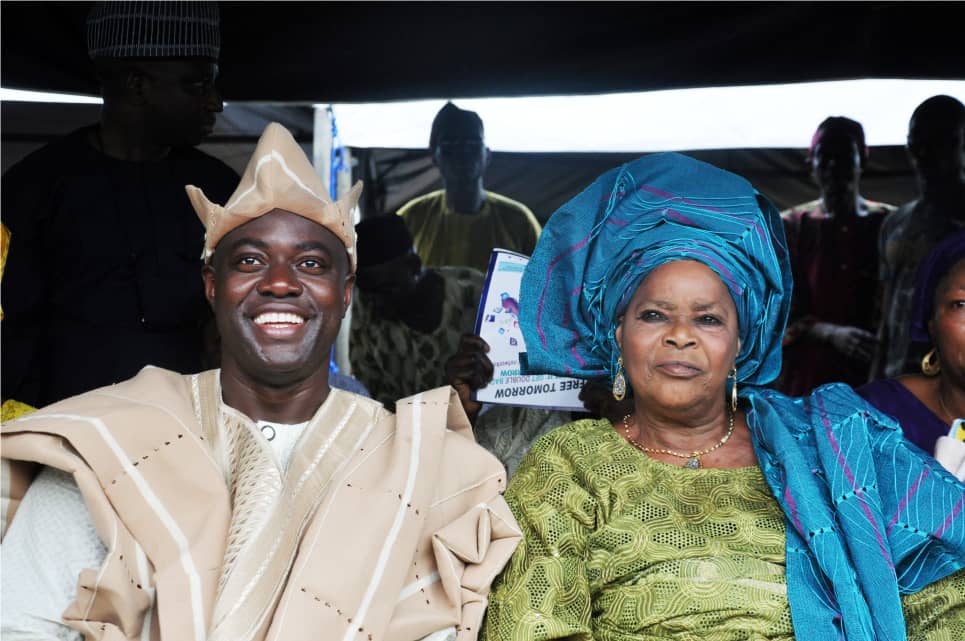 The Oyo state chapter of Peoples Democratic Party (PDP) executives have paid the executive governor of the state, Engr Seyi Makinde, a condolence visit over the demise of mama Abigail Makinde.

The ruling party described mama Makinde as a matriarch who left indelible marks in the sands of time adding that she came to this world, saw everything, and conquered the world.

A statement jointly signed by the Oyo state PDP Chairman, Alh Kunmi Mustapha, the State Secretary, Alh Wasiu Adeleke, and the Publicity Secretary, Engr Akeem Olatunji, and made available to newsmen on Monday quoted the party as saying the role of mama Abigail to the enthronement of PDP government was immeasurable in terms of prayers, guidance and political advice.

According to the statement, the party described mama as the Biblical Mary who gave birth to Jesus Christ who gave redemption and liberation to mankind.

The party explained that governor Makinde has continued to provide exceptional leadership in the face of difficult times and scare resources as a result of his sound native intelligence and quality education.

They noted that mama’s legacy will transcend into many generations to come being the woman who gave birth to governor Makinde who many now call the face of the new Oyo state.

The statement reads in part: “the entire Oyo state PDP, with a heaviness of out hearts express our condolence to our messiah and amiable governor, Engr Seyi Makinde, over the death of our mama Abigail.

“Words alone can not fully express how saddened we are as a party because her role in the enthronement of our government is immeasurable in terms of prayers, guidance and advice.

“Her demise has undoubtedly created a vacuum not only in the Makinde family but the entire Oyo state PDP family at large and we can not but submit to the will of God who has taken our beloved mama from us into eternal rest.

“Even though we would have loved to have her very much with us, it pleased God to take her home at this time and our consolation and solace rest on the remarkable legacies she left behind not just for the good people of Oyo state but humanity at large.

“We as a party and especially the ruling party declare our unalloyed support to the Seyi Makinde led PDP government, and our resolve to ensure its success is further renewed by the passing of our mama.

“Our prayers are with the entire Makinde family at this time and we pray that God grant the them the fortitude to bear the irredeemable loss.”