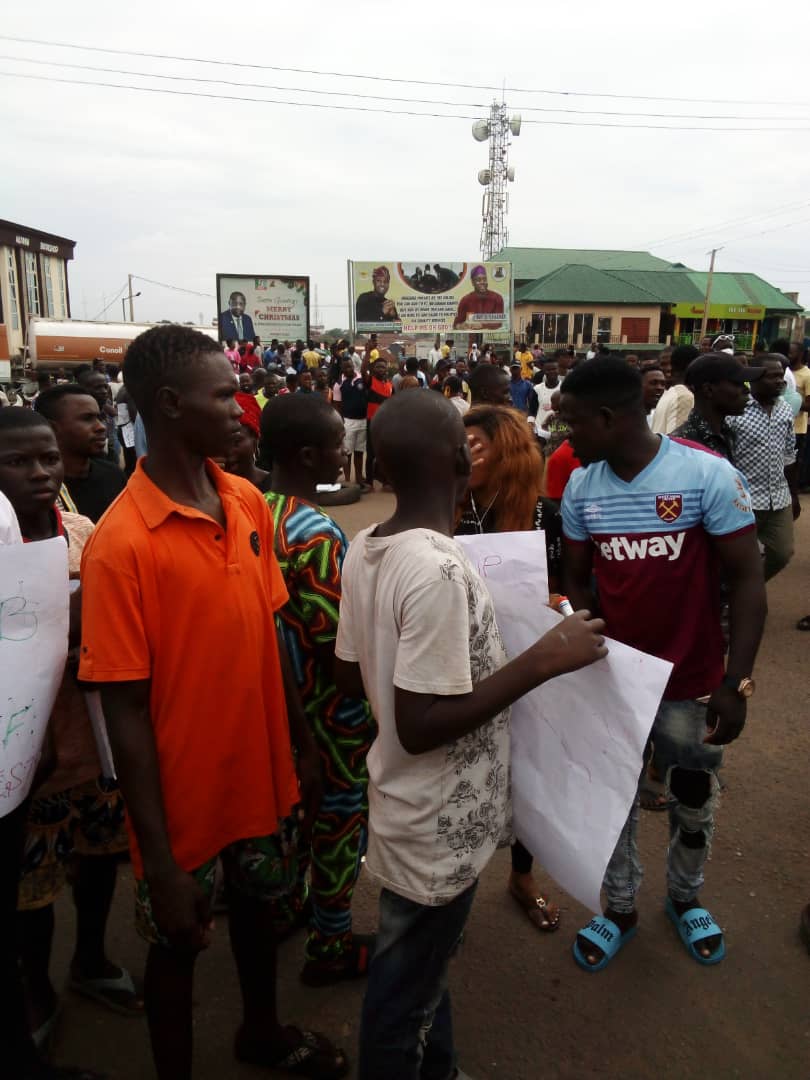 The EndSARS agitators on Monday stormed Ogbomoso and Ibadan with a fresh peaceful protest that left major roads being blocked, caused gridlock and halted legitimate conduct of day to day activities.

Passengers who could not bear with the gridlock were, however, seen trekking.
Some of the motorists and Olkada riders who spoke with Mouthpiece NGR expressed their displeasure over the situation.

In Ogbomoso, our correspondent gathered that protesters converged at Takie square to make several agitations on anomalies in the country were spotted with different placards and chanting EndSWAT and EndPoliceBrutality.

However, in an interview with the organizer, he explained that their agitations are of national interest which must be attended to as soon as possible. He noted that it was only the nomenclature of SARS unit that was changed, these Uniform men still on the verge of brutalizing Nigerians.

“We are not contented with the recent disbandment of SARS unit alone but total reformation of The Nigerian Police. The only change we saw was change in their name. what we want is total reformation.”

“We’ll continue with the protest until our demands are met. This protest is peacefully conducted and devoid of violence of any kind.” – He added

In a similar development, some youth also blocked some roads in Ibadan to seek redress with all manner of honesty in getting things work in this country.

The protesters who gathered at Ojo-Bodija and along UI road in Ibadan were armed with placards decried the poor funding of the education sector which they described as the bedrock of development. They said the Federal Government had not given proper attention to the sector hence the massive decay.

Lamenting the situation, Mr Gbenga Oyerinde, a commercial driver, told Mouthpiece NGR correspondent that he had been in the gridlock for more than five hours as at the time of filing this report.

Oyerinde, who explained that the protesters blocked the road exactly 12:noon further stated that the situation is terrible and something urgent must be done.