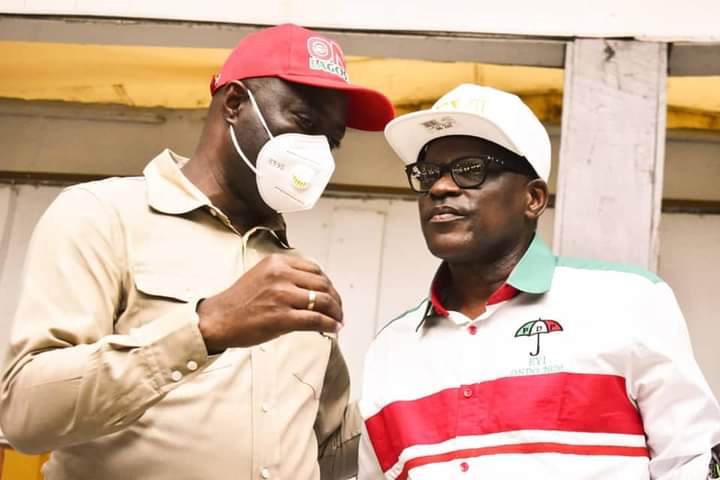 The recently concluded poll in Edo State passed a very strong but critical message in Nigeria political landscape, Nigerians are now becoming more politically sauvy as the known landlords are getting unbefitting retirement, all thanks to the international communities that took keen interest in the process to avert usual manipulation, our prayer is that the infidelity that was shown in the previous poll in Osun State shall never repeat itself again.

The train that left Edo few weeks ago has landed in Ondo State as the people would be deciding who will be Chief Executive of the State in a jiffy, the option before the good people of Ondo State is either a contunuity or a new dawn.

In contunuity, the story has remained pathetically the same for the past four years, the Pilot ran the State like a private property. His glorification of violence is seconded to none, in fact, the experience so far had shown that the preacher of continuity doesn’t have the foresight to face-lift the State, it has been from one agony to other for the citizens of the Sunshine State.

Nonetheless, If the road to continuity is filled with gory, unproductivity and hopelessness, accepting the path of new dawn would be a sign of nobility. No doubt, Eyitayo Jegede truly represents the change of an unproductive status quo.

In South Western Nigeria, Ọ̀yọ́ State under Governor Seyi Makinde is the only PDP State, and no doubt, the performance of the Chief Executive of the Pace Setter State has become a thing of admiration to all and sundry across the Geopolitical Zone and beyond, salaries and pensions are paid promptly, free education for all, noble developmental projects and inclusive benefits are part of the outcomes that made Oyo State to be enviable, no APC State from the Zone has been able to compete in this regard.

Government workers across South West wishes to transfer their services to Oyo State because of reliability of the Governor, people from nooks and crannies are bringing their wards to Oyo State to experience and enjoy free and Qualitative education, in fact, GSM as he’s fondly called has revived Oyo State back to the Pace Setting Status.

Luckily, the Citizens of Ondo State can still shine in the sun if they are ready to change the narrative, a vote for Eyitayo Jegede of PDP would ignite a contagious effect in relation to GSM led Oyo State. Just like the popular aphorism, show me your friend and I would tell you whom you are, once Ondo goes the way of PDP, it will be partner to Oyo State in progress and development and the people would enjoy the dividends of Democracy as a replicate of the Pace Setter State.