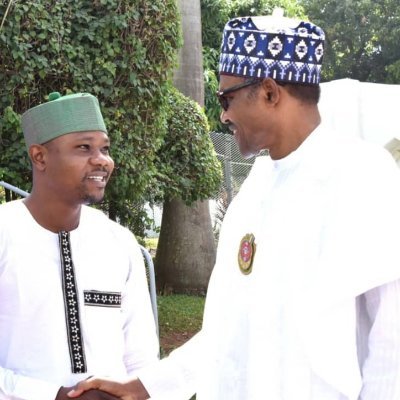 The Oyo State chapter of the Peoples Democratic Party (PDP) has called on the state’s police command and the Department of State Security Service (DSS) to immediately invite the Deputy National Youth Leader of the All Progressives Congress (APC), Afeez Bolaji Repete, for questioning over what it described as inciting comments and plot to lead hoodlums to invade the Government Secretariat, Agodi, Ibadan.

The party stated that by questioning the APC chieftain, security agents would be able to get vital clues from the politician on how a private warehouse belonging to a vendor engaged by the Coalition Against COVID-19 (CACOVID) was vandalised in Ibadan, with hoodlums carting away with three trailer loads of rice calculated to be 1,850 bags in the  early hours of Friday.

The party also said that the APC chief, who on the social media boldly announced his readiness to lead vandals to government warehouses in.Ibadan, should also be questioned for the looting of Iseyin Police Station as well as the invasion of the Ibadan home of the Senator representing Oyo Central, Senator Teslim Folarin among others.

The PDP in a statement  by its Publicity Secretary, Engr. Akeem Olatunji, said that the APC youth leader who was an appointee of the late Governor Abiola Ajimobi, gave himself up on the plot to attack the Secretariat when he posted on his social media accounts comments asking hoodlums to immediately storm government warehouses within the state Secretariat, where he claimed that COVID-19 palliatives were allegedly stored.

The statement which was made available to Mouthpiece NGR on Saturday evening quoted that Afeez Bolaji Repete even went to give vivid descriptions to the said locations where he claimed the palliatives were stored.

The PDP stated that the social media posts by the APC chieftain were clear calls to hoodlums and brigands to invade the Secretariat and unleash mayhem, steal government property and va.dalise the same.

The comments might have exposed the APC chieftain and his ilk as the brains behind the hijack of the justifiable #EndSARS protests through brigandage and unmitigated politics of bitterness.

The statement said: “Our attention has been drawn to the reckless, irresponsible, reprehensible and evil posts by one Afees Bolaji Repete, who is the deputy national youth leader of the APC, in which he tried to incite hoodlums to attack the Oyo State Government Secretariat, Agodi, Ibadan in search of COVID-19 palliatives.

“We reckon that there have been widespread invasions and attacks of government and private warehouses and shops by hoodlums following the hijack of the #EndSARS protests a few days ago.

“With the posts by the deputy national youth leader of the APC, which have gone viral, it is clear the quarters that have been orchestrating the violent attacks a.d looting spree on private and public properties in the last two weeks.

“We hereby, as a law-abiding party, call on the Nigeria Police and the Department of State Security Service to invite Mr. Afees Bolaji Repete immediately to investigate him on his links with the looting spree by hoodlums across the country, especially in Oyo State, where some police stations have been ransacked with the Commissioner of Police alleging that arms and ammunition have been carted away.

“We are also sure that Mr. Afees Bolaji Repete will have useful information for the police on how his “Oyo State people,” whom he volunteered to lead to the warehouses where the imaginary  palliatives are kept within the Secretariat in.Ibadan.”

The statement further read: “It is our expectation that this serious matter will not be swept under the carpet by the concerned security agencies because the individual involved is a national official of the APC and he may have the powers that be backing him.

“But in the case this happens, we are using this opportunity to make it clear to the entire world that should any attack occur on the Secretariat or any government property in Oyo State, this APC leader is the number suspect based on the information that we have put out through this media,” the statement added.