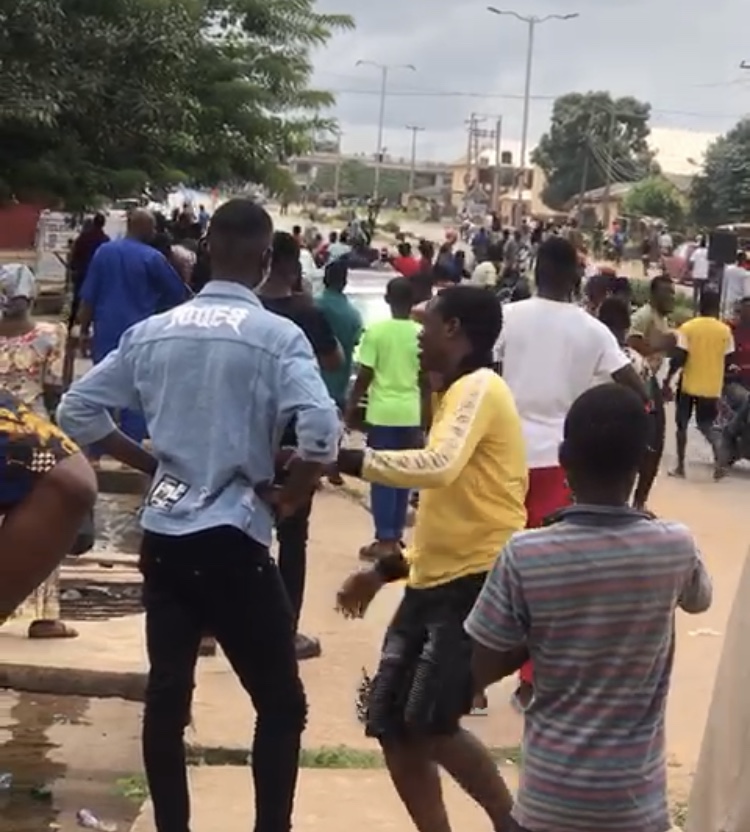 The Vice Chancellor of Ladoke Akintola University of Technology, LAUTECH, Ogbomoso, Professor Micheal Ologunde has debunked the rumor making round that the life of one of its students who sustained injury on Saturday during ENDSARS protest is under threat.

A twitter user, KOKOMASTER’s son had on Saturday’s evening raised a false alarm alleging that the school Management is threatening the victim after visiting him in hospital to ascertain his health status.

The user wrote: “I just had a video call with this young man and he is in the hospital injured doing a peaceful protest and now being threatened by his LAUTECH and police. Nothing must happen to him”.

However, in his reaction, the Vice Chancellor described the statement as false, stating that the school management only visited to confirm the health status of the victim.

The Dean of students affairs (DSA) who spoke on his behalf confirmed to Mouthpiece NGR that the Vice Chancellor visited the injured student to ascertain his state of health and asked for his details verbally for confirmation of his studentship so as to pay his medical bill.

He reiterated that he was not threatened in whatever way.

DSA further confirmed to Mouthpiece NGR that management also spoke with his mother to assure her that the management of LAUTECH cares for the welfare of her son and nothing would happen to the studentship of her son.