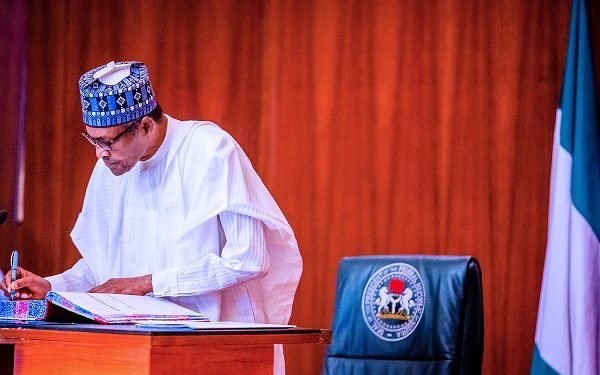 Petrol price will continue to be dictated by market forces because the government will not go back on subsidy removal, President Muhammadu Buhari indicated on Thursday.

In his broadcast to the nation to mark the 60th independence anniversary, the President said the current N161 per litre pump price is lower than what it is sold for in many oil-producing countries, including Saudi Arabia.

The remark has dashed the hope of Labour leaders who are pressing for reversal of the subsidy removal policy.

Buhari said: “We sell now at N161 per litre. A comparison with our neighbours will illustrate the point; Chad which is an oil producing country charges N362 per litre; Niger, also an oil-producing country, sells one litre at N346.

“In Ghana, another oil-producing country, petroleum pump price is N326 per litre. Further afield, Egypt charges N211 per litre. Saudi Arabia charges N168 per litre. It makes no sense for oil to be cheaper in Nigeria than in Saudi Arabia.”

The President thumbed up his administration for doing what “no government in the past did”  despite of lean budget.

He emphasised the need for government and all Nigerians to be ready to take tough decisions and make sacrifices for Nigeria to survive.

In addition to public health challenges of working to contain the spread of the Coronavirus, we have suffered a significant drop in our foreign exchange earnings and internal revenues due to 40 per cent drop in oil prices and steep drop in economic activities, leading to a 60 per cent drop in government revenue.

“Our government is grappling with the dual challenge of saving lives and livelihoods in face of drastically reduced resources.

“In this regard, sustaining the level of petroleum prices is no longer possible. The government, since coming into office, has recognised the economic argument for adjusting the price of petroleum. But the social argument about the knock-on effect of any adjustment weighed heavily with the government

“Accordingly, in the last three years, we have introduced unprecedented measures in support of the economy and to the weakest members of our society in the shape of: Tradermoni, Farmermoni, School Feeding Programme, job creation efforts and agricultural intervention programmes.

“No government in the past did what we are doing with such scarce resources. We have managed to keep things going in spite of the disproportionate spending on security.

“In the circumstances, a responsible government must face realities and take tough decisions.

“To achieve the great country we desire, we need to solidify our strength, increase our commitment and encourage ourselves to do that which is right and proper even when no one is watching.”

Buhari also emphasised the need for Nigeria to immediately commence a process of national healing from divisive tendencies that had held the nation back.

He expressed a conviction that Nigeria would  attain greatness, if all the component parts started seeing each other as a single entity.

The President added: “We need to begin a sincere process of national healing and this anniversary presents a genuine opportunity to eliminate old and outworn perceptions that are always put to test in the lie they always are.

“The stereotype of thinking of ourselves as coming from one part of the country before seeing ourselves as Nigerians is a key starting point to project us on the road to our deserved nation’s evolution and integration.

“To start this healing process, we are already blessed with the most important asset any nation requires for such – our people – and this has manifested globally in the exploits of Nigerians in many fields.

“It has been demonstrated time and time again that Nigerians in the diaspora frequently excel in science, technology, medicine, sports, arts and many other fields.

“Similarly, creativity, ingenuity and resourcefulness of the Nigerian at home have resulted in globally recognised endeavours.

“Nigeria is not a country for Mr. President, any ruling or opposition party, but a country for all of us and we must play our part, irrespective of challenges we face, to make this country what we desire.

Buhari reassured of his administration’s commitment on free and fair elections.

He blamed the desperation by politicians to gain power as the major obstacle to free and fair polls in Nigeria.

The President also said those who “bargain off” have no  right to complain of the denial of their rights.

Buhari said: “I am a firm believer in transparent, free, fair and credible elections as demonstrated as a democratically-elected President.

“The recent build-up and eventual the outcome of the Edo State elections should encourage Nigerians that it is my commitment to bequeath to this country processes and procedures that would guarantee that people’s votes count.

“The problems with our electoral process is mainly human-induced as the desperate desire for power leads to desperate attempts to gain power and office.

“Democracy, the world over and as I am pursuing in Nigeria, recognises the power of the people. “However, if some constituencies choose to bargain off their power, they should be prepared for denial of their rights.

“This call is made more urgent if we realise that even after a transparent, free, fair and credible election, desperation leads to compromising the judiciary to upturn legitimate decisions of the people.

“It is necessary to, therefore support the enthronement of the rule of law by avoiding actions which compromise the judiciary.”

The President chided past leaders who had in recent times heckled him for decisions and actions being taken by his administration.