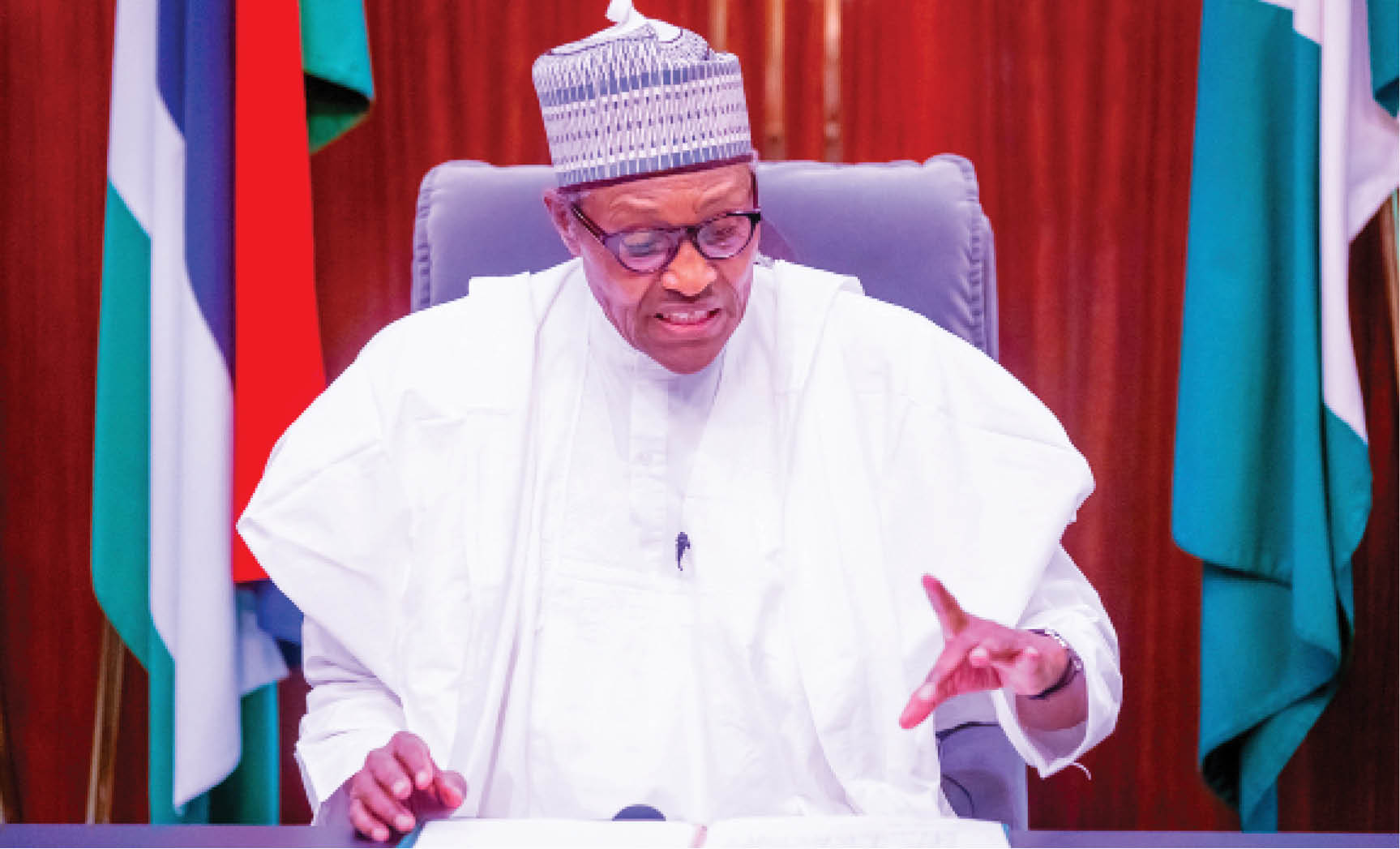 President Buhari was roundly criticised after his nationwide broadcast on Thursday as he did not address the incident.

The President, through his Spokesperson, Garba Shehu, said in a statement that he avoided talking about the Lekki incident until “all facts are established.”

He however expressed his support to the Judicial panel of inquiry set up by the Lagos State Government saying it will assist the nation to give justice to the protesters.

On looting of palliatives

The President also condemned the resort to widespread attacks and the organised looting and plundering of public and private property in many states, warning that such actions are inimical to public good.

Buhari said all civil authorities, community and religious leaders in the country must rise against the organized looting and plunder currently being witnessed in parts of the nation.

“A government that has launched a massive crackdown on corruption, brought in strong laws for a decisive battle against corruption, pursued loot recovery at home and abroad, and taken strong decisions against those who thought they were above the law, will not fold its arms when an otherwise legitimate and peaceful protest is turning into free-for-all vandalism and looting.

“While the administration has, for its part, blocked so many means of looting public money in a war against corruption, it is the expectation that all civil authorities, community and religious leaders in the country must rise against the organized looting and plunder we are witnessing in parts of the country. Families must turn back children who bring home unaccounted goods, in the same way wives must ask their husbands to return looted items brought home.

“What is more, is that criminal actions as we have so far witnessed can weaken and erode the confidence of our people and that of foreign businesses in investing in the economy. Looting and vandalism will hurt trade and investment growth in our country, both large and small industries, as well as our hardworking people in the informal sectors of the economy.

“These incidents do not reflect well on any society. They are wrong and condemnable and should not be supported by reasonable members of the society.”

As a result, President Buhari lauded the decision of the Lagos State Ministry of Justice to prosecute 229 suspects arrested by the police for allegedly using the #EndSARS protest to destroy and loot public and private property.

He said it is important that the police and other security agencies move everywhere to restore calm and normalcy as quickly as possible.

President Buhari also condemned hate messages and eviction notices to ethnic and religious groups asking “Nigerians to take pride in the fact that our diverse people have been living with one another in harmony for ages.

“The right of all citizens to live and work in any part of the country is a constitutional right and will be defended by the government,” the statement added.

The Presidency restated that the President and his administration had taken note of the grievances of the people and had shown a clear determination to take all necessary measures to address the complaints, stressing that the violence must stop.