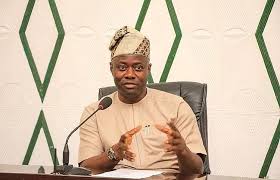 The Chairman, Iganna local council development area of Oyo State, Comrade Jacob Olayiwola Adeleke, and his driver have been kidnapped.

Their missing was confirmed from a reliable source in their local government of resident. The source said, the Chairman and his driver were kidnapped on Sunday Okeho-Ado Awaye on their way to Ibadan for a meeting scheduled with Governor Seyi Makinde this morning.

The Vigilante team in the area, neighboring local government areas and LCDAs are said to have deployed their men to forests and bushes in the area.