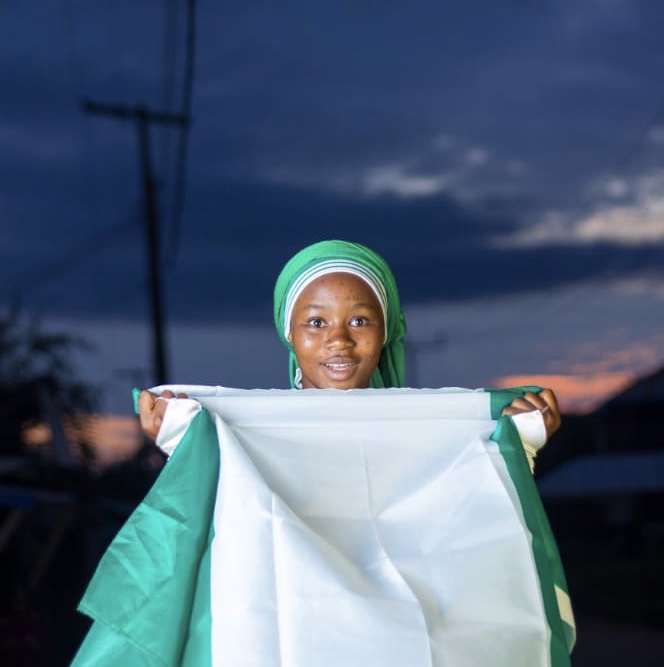 My joy knows no bound as I write you this letter, I have kept it for some years till this moment; to this day which marks the genesis of another age, to this moment when your welfare has become a sensitive issue that pleads a way forward, and also to march it with wishes and what I hope to see in you before you add another year. While I hope these words I am running on meet you in a calm and tranquil environ, a good moment which helps in ruminating deeply on the issues penned in the letter.

Though, my parents forget to tell me what they know about you, and aged people that surrounds had forgotten to gather us on a raffia mat, under a moonlight sky, serenades with a cool breeze that virtually strolls the night, as we used to read it in books married with cultures. *Instead, perhaps to safe themselves from the bottomless pit of regret, like, ‘had it been we have known it will later become like this, it would have been better to be under those pointed nose Òyìnbós. And stoop lowly to their commands’.

These aged men had become a staunch fan of evening game in some angle under cool shade of trees. These are the people that hailed you up from the merely a year baby, how can you disappoint them?

These are the men and women that saw how happiness brightened all over you, as they watched confetti raining over you on your freedom day, and the broad promising smiles that visited your face. If it was your birth’s account, they could describe how gleeful the day was.

But following the history from then, it’s unfathomable how a broad and enticing smiling guttered out and became a horrible face with corruption written all over.

However, I have read the story, I have heightened myself with you, and I have travel via all the lines in the books. Of course, I have put myself in the then elites’ shoes, I have weighed the cost of their struggles, sweats, if not blood, to secure your birth. It’s crystal clear that they were all youth; agile and desperate to see a land of their own, ruled by her own sons and daughters. But sadly, after your celebrations, your fate changed. Men in khaki snatched power and spate the blood of some elites who had struggled.*

They usurped the mantle, holding decree, the one whose look was always daring and not permitted to dare. They made their changes and handed it over back to the initial ruler in native attires.

They short-circuited the life span of free education – They did their best, create states, they developed infrastructure and roads. But the fear they had instilled in people’s mind and the love they have for the so-called Alágbádá cannot be replaced.

Meanwhile, fierceness is a philosophy to khaki men.
May I quickly dash over and pretend as if I have not read other of your history and bring to your view the havoc you have afflicted unto your men. Maybe I should stop hiding you behind a tin veil and call you what you really are , Mother Nigeria. We are aware of the records you have broken, the hurdles you have jumped and the ribbons of achievements you have ripped. We have heard of how Lagos was rated, we have read of Ibadan being the largest city, we heard you are one, among the top six countries that produced petroleum, we have the knowledge of how great you are in agriculture, the which catapulted you to the pinnacle of food and raw materials productions. We hailed you, over and over non-stop. But instead of you to keep moving and feed us with new achievements, you kept rebranding past achievements and tossed it unto us, liken us to a savage dog that know nothing beyond eating craps.* You have turned back from the race and embraced the downward spiral as a motion. And this, you do in ghost-like momentum.

Successfully, you have become excellently great in cajoling your people, your national anthem is full of fantasies, wishful dream, that right before our sight we see them vanishing and wearing full emptiness. Pa Benedict Odiase, of blessed memory, must have been sad for the energy wasted on the great song weaved with heart-wakening promises. Now, deceitful art is what your leaders crammed on their heads, corruption presently has become the way of living. Are you truly growing?

Well, may I briefly shrivelled my lashes on you, Yoruba had withdrawn from their elephantine bank of wisdom and says, ‘a piece of words is enough for the wise child’ basically what I am threading upon so far is that you should rise , make a change, mend your broken flag and find your way forward. Cast your eyes off the past glory, set new goals and score them all!

Hmm, it’s surprising to see our mouth still chewing ‘Democracy’ in our mouth, the one which was defined by Abraham Lincoln in a circular responsibility. Our heart keep pounding sporadically like bullets bouncing against basement, we have forgotten we are under a country whose motto meaning ‘government of people’.

But, where is the place of people in your agendas, mother? Where is the unity, when all regions protest and continuously clamour for the shares in you? Where is the peace you sings, when insurgency, uproar of war secure the daily news headlines? Where is the better place you promised, are the one living like a slave in the front war not entitle to it? Or the ones whose daily foods are craps not among the candidate of the better place? Mother, with due respect, you own every single life in you. You are indeed a fiend!

I shall not spare your sons and daughters of their ignorance towards making you great, they have misplaced their priorities, instead of them to raise alarm and show their agility towards making their land great, like the first elite who pioneered the struggle of Nigeria had did. They keep shirking their responsibility and leave the grey heads whose calculations of life are based on only addition and subtraction. Unknown to them that there are more new things in life than that, aren’t they that know this? But they are far from getting proactive; while their houses are smelling of their excess lamentations. Just simple truth for you, ‘ If you don’t rise, nothing will rise’ you have my words.

Oh! Before I run out of words, you are a year older today. Happy birthday, may this letter get to you and bring forth good changes out of you, which would be a positive response to this letter. I pray it pans out well. AMEN!