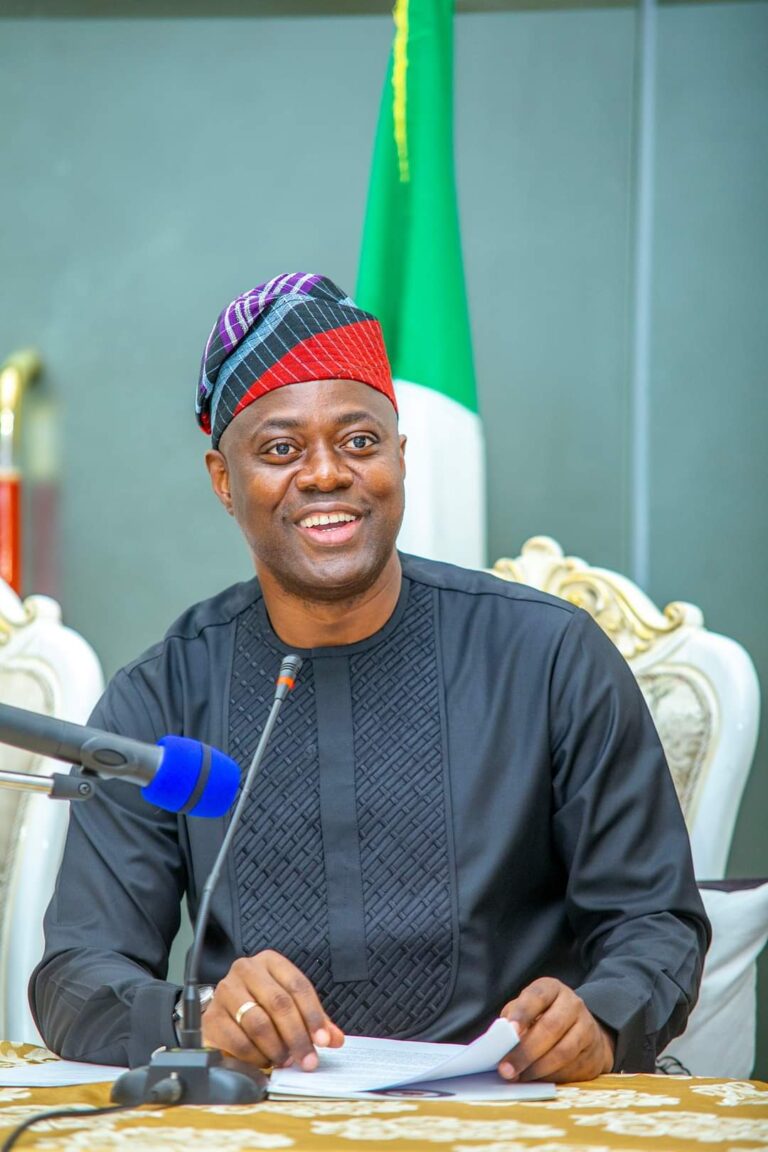 The South West Caucus of the People’s Democratic Party in the National Assembly has confirmed Oyo State Governor, Engr Seyi Makinde as the South West zonal leader of the party.

The caucus said it will support Makinde in its resolve to repositioning the party in the South West region with the hope of ensuring that divisions are completely stamped out in the party.

Mouthpiece NGR reports that the National Assembly South West Caucus comprises of Senators and House of Representative members elected under the platform of the Peoples Democratic Party in the zone took the decision in order to avoid unnecessary skirmishes in the forthcoming South West Congresses and also to correct some unorthodox egoistic moves by some state chapters that are trying to cause confusion in their state congresses recently.

The Caucus, in a released jointly signed by 17 Senators and house of Representative members after a meeting held in Abuja on the 26th of August 2020, resolved to pick Seyi Makinde as the southwest national leader.

According to the statement, the constitutional provision of the party were flouted by some leaders who did not follow due processes of conducting their congresses which has created parallel executives of the party in some south west states.

The Statement further said the caucus took the decision in order to forestall disorderliness which is gradually rearing its ugly head like it happened in 2016 which polarized the party in the elections that followed in Ondo and Ekiti states.

The caucus expressly warned the National Working Committee of the party not to recognize any list sent to them by any individual(s) no matter how highly placed from the region unless it has the consent of Governor Seyi Makinde of Oyo State.

It also warned that doing otherwise would cause avoidable confusions and may have negative effects on the party during electoral processes and general elections the nearest future.

“We have adopted the following decisions which appear more or less like a communique concluded as follow”:-

“At a meeting of the National Assembly Caucus of our party, the PDP, held in Abuja on the 26th of August, 2020 the following decisions were unanimously adopted.

(1) That the leader of the party in the Zone is His Excellency, the Executive Governor of Oyo State, Engr. Seyi Makinde,.

(2) That all PDP issues in the Zone must be channeled through him as our leader in the South West Zone.

(3) That all elected members from the Zone are solidly behind him.

(4) That the National Working Committee should take note and act Accordingly.

(5) That Senator Ayo Akinyelure and Hon. Muraina Ajibola were duly elected as the Chairman and Secretary of the caucus.

(6) That the Caucus congratulates Governor Makinde and pray for wisdom to reconcile, resolve and re-position the party in the zone.

(7) The meeting urged His Excellency, the leader, Governor Makinde to quickly intervene and resolve the issues of contentious congresses in the Zone, especially Ekiti State.

(8) That the modalities for the Zonal Congresses be set in motion by the leader of the zone, His Excellency, Governor Seyi Makinde

(9) That all leaders and members of the party in the Zone are hereby enjoined to team up with the Leader in his efforts at re-positioning the party for more electoral successes in the zone.