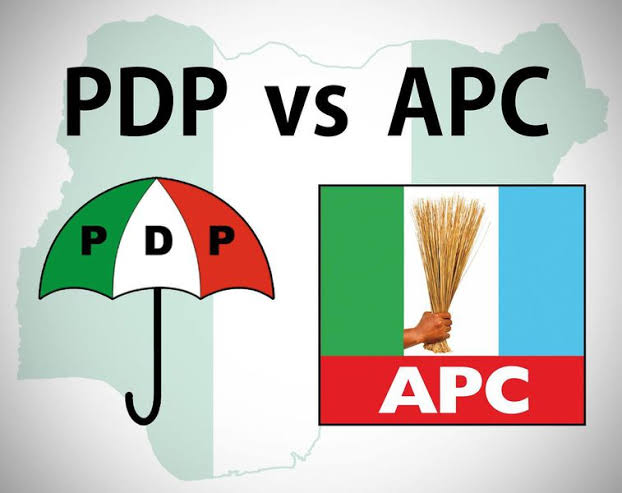 The Oyo state chapter of Peoples Democratic Party (PDP) has described a statement credited to the state chapter of the All Progressives Congress (APC) that it would have been a disaster if President Muhammadu  Buhari had not increased the fuel price as uncharitable and politics taken too far.

The ruling party wondered what the life of a Nigerian is worth to the opposition party which branded itself as progressive without any semblance of progressivism.

A statement signed by the Oyo state PDP publicity secretary, Engr Akeem Olatunji, and made available to Mouthpiece NGR on Wednesday indicated that APC has continued to play politics with sheer penchant for telling unbridled lies and deliberately misinforming the unsuspecting members of the public.

The ruling party explained that Oyo state chapter of APC’s knack for being mischievous with facts has become notable and unrivalled not only in Nigeria but in Africa stressing that no political party either in or out of government will support such harsh, inhuman, and anti people policy in the face of global pandemic.

The statement reads in part: “words can not describe how embarrassed we are as a political party and as a people seeing how Oyo state chapter of APC told unbridled lies without self caution or restraint on a live television program just in the name of politics.

“Making reference to other African countries oil pump prices with regards to APC’s claim that Nigeria’s price is the cheapest was not only deceitful but mockery of Nigerians collective sensibility considering what we have been through in the hands of the APC led federal government.

“It is on record that despite the global economic recession which badly affected Nigeria’s economy at the time former President Goodluck Jonathan led government increased oil pump price to N97 from N87, APC leaders led by President Buhari and others led what was then described as the mother of all rallies in Nigeria in protest of the new price.

“We are not opposed to deregulation as a policy but there’s absolutely no justification for increment in fuel price at a time cost of living and inflation rate in the country are both at record high leading to frustration and increase in suicide tendencies which is evident as reported in recent times.

“It is very unfortunate that APC government without recourse to the untold hardship occasioned by the novel COVID-19 pandemic, went ahead to increase suffering of the already overburdened Nigerians at a time other countries of the world are busy ameliorating their people’s hardship.

“The justification given by Oyo APC secretary, Alhaji Mojeed Olaoya while featuring on a program on BCOS TV was not only watery and empty but a clear proof that APC does not in any way care about the masses and whatever suffering they go through but only keen on holding political power.

“We like to reemphasize our position that the very essence of governance is the welfare of the people and whatever policy or program initiated without factoring-in the people first is destined to hit the rock because the people will continue to reject such government and its policies.

“Nigerians are not gullible, APC should not mistake peoples silence and unexpressed frustrations for ignorance because at the right time, Nigerians will use their voters cards to redeem Nigeria from APC led government.

“The Seyi Makinde led government of PDP in Oyo state will continue to show APC the path of good governance and human friendly policies and programs because we understand that we owe them the mandate.