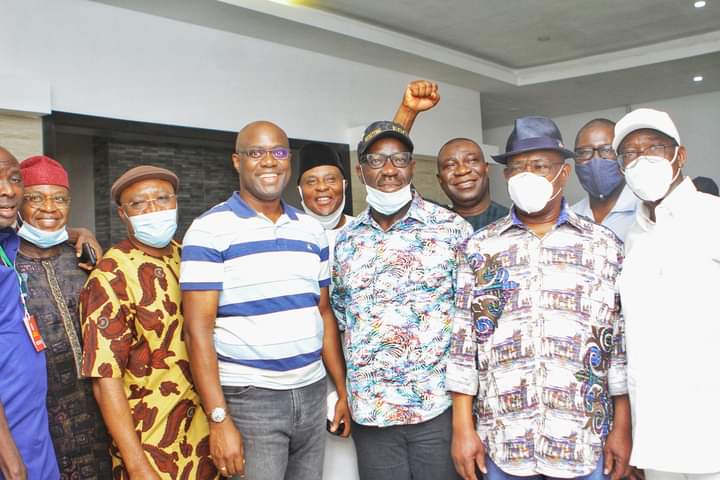 Oyo State governor, Engineer Seyi Makinde, on Sunday congratulated the re-elected governor of Edo State, Godwin Obaseki, and his deputy, Phillip Shaibu, describing their re-election as a victory for the people of the state.

Makinde, in a congratulatory message to Obaseki, the candidate of the Peoples Democratic Party (PDP) in the Edo State governorship election, also praised the National Campaign Council of the PDP led by the Governor of Rivers state, Nyesom Wike for a job well done.

He congratulated the duo of Obaseki and Comrade Shaibu, on what he described as a well-deserved victory, noting that it was gratifying to see the will of the people triumph.

He maintained that the PDP ran an issue-based campaign and proved its democratic tendencies all through the process, which started from the ward, local government and state congresses, (which were overseen by Makinde himself), to the party primaries and subsequently the campaign and election.

He added that the victory in Saturday’s election meant that the people, who have the absolute power in a democracy, are monitoring developments and would always support the party with the right democratic ideals.

He said: “Congratulations HE, Governor Godwin Obaseki and the Deputy Governor, Phillip Shaibu on a well-deserved victory.

“Well-done to the PDP National Campaign Council for Edo State, led by HE, Governor Wike. This victory is for the people of Edo State.”

According to Makinde, the victory is sweet in a lot of ways, adding that “it has sent signals to those who want to perpetuate godfatherism in our politics. It is also the beginning of the great reclamation by our Party, the PDP.

“I have always known that given a free and fair atmosphere, the people of Edo State will show their preference for the candidate of the PDP. We did our homework and presented the candidate to beat.

“With the usual shenanigans that have been unduly related with such elections in recent times including ballot snatching, violence, ballot stuffing, and daylight rigging, relegated to the background, the conclusion can only point to one direction-victory for the PDP.

“It is my expectation that the Independent National Electoral Commission (INEC) will stand firm and take the Edo State template as standard practice that will only be improved upon in subsequent elections in Ondo and other locations.

“INEC and our election managers must always strive to return power to the people by creating a level-playing field in all elections.”