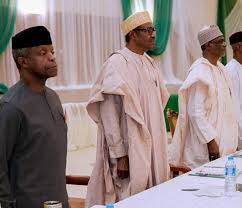 The Federal Government on Wednesday, inaugurated the Special Visitation Panel to look into the crisis rocking the University of Lagos , following the removal of its Vice -Chancellor , Prof Oluwatoyin Ogundipe , and the suspension of the Chairman of the University ’ s governing council , Wale Babalakin. The panel is expected to conclude its assignment and submit its report within two weeks.

Minister of Education , Mallam Adamu Adamu , who inaugurated the panel headed by Prof Tukur Sa ’ ad, on behalf of the President, Muhammadu Buhari, warned the members against interfering in the activities of the university management.
He encouraged the stakeholders in the university to fully cooperate with the panel and to allow it to work unhindered.
Adamu said , “ Councils are to lay down policies while managements are to implement them, but over the past one year , the ministry has been inundated with complaints and correspondences from the management and the governing council of the University of Lagos as well as the National Assembly, on the lingering governance issues in the institution , including allegations of financial infractions and breach of responsibilities. ”
He insisted that like he said about a month ago when he inaugurated the reconstituted governing councils of 13 federal universities, chairmen and members of the council must ensure that they do not interfere with the day- to – day administrative activities of their respective university managements.

Expressing regrets over the UNILAG crisis , the minister noted that the face -off had lingered in spite of several interventions by the leadership of the Federal Ministry of Education , stakeholders and the National Universities Commission leading to the removal of the VC by the governing council during its meeting on August 12, 2020.

“The President and Visitor to the University , after due consideration of the report of the crisis in the university, particularly the polarization and unhealthy relationship between the vice – chancellor and the chairman and pro – chancellor and some members of the governing council , approved the constitution of a seven – man Special Visitation Panel to the institution.

Video: All Nigerians are asking me to run for President— Yahaya Bello

We have made real progress in developing Oyo— Makinde

Lanlehin congratulates Muslims, urges them to keep the faith at Eid-el Fitr