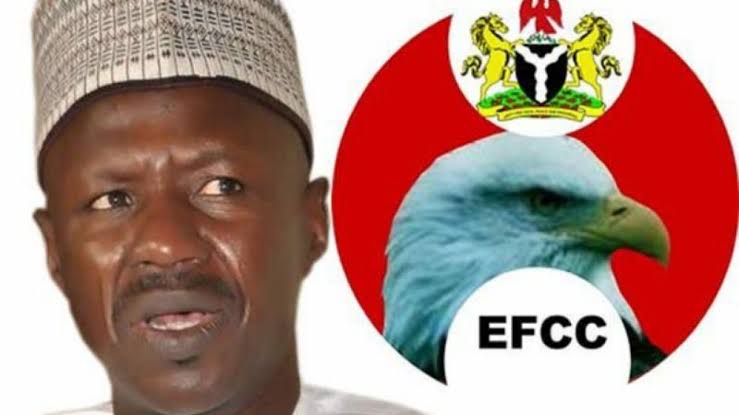 First I must say this, I am a Nigerlite, I am a keen observer of political happenings in the state, In fact an active participant.

So I speak with the tune of an authority on happenings in the state.

Some persons who clearly have ran out of reasons and ideas have dusted an old line that has since been abandoned using a willing tool called The Whistlers to publish a story titled:

I read the whole story, but I am very conversant with aspect where Liman Kantigi was mentioned, it reads:

“A former Chairman of the Niger State Pilgrims’ Agency, Liman Kantigi, who was being investigated by the EFCC for allegedly misappropriating funds during his tenure at the agency, also allegedly paid N200 million bribe to Magu through Shanono. Kantigi, through his company, Sadiq Air Travels, allegedly transferred N200 million into the Access Bank Account of Shanono’s company, the panel report said. Weeks before paying the alleged bribe, the EFCC was said to have traced N4 billion to two Guaranty Trust Bank accounts linked to Kantigi.” The whistlers alleged.

To start with, Liman Kantigi was NEVER Chairman of Niger State Pilgrims’Welfare board, Never!

The Sponsors were likely in a hurry otherwise a little check or a call would have saved them their integrity of running a fake news site aimed at tarnishing people’s image.

I think the media House gave itself away cheaply.

Secondly, Liman Kantigi NEVER has anything do with funds “found” in an account with GTBank, anything, I mean! The issue of funds “found” in banks was succinctly exhausted through a forfeiture suit filed by the Economic and Financial Crimes Commission in Suit Number FHC/ABJ/CS/359/17.

Justice Nnamdi Dimgba of the Federal High Abuja had this to say in his ruling on the 25th April, 2018.

“Exhibits EFCC9 and EFCC10, as proof of the claim that the funds are abandoned and unclaimed. A look at Exhibit EFCC9 shows that it cannot assist the Applicant because Exhibit EFCC9 speaks of the bank account over which the said Alhaji- Liman Katingi disclaimed ownership of funds in, as an account in the name of “Liman and companies” whereas the entities subject of the present proceedings are “Katah Property And Investment Ltd”, and “Sadiq Air Travel Agency Ltd”. Exhibit EFCC10, though mentioning Sadiq Air Travel Agency Ltd only speaks to a sum of N2Billion in an account, whereas the subject proceedings is over the total sum of N6BiiIion. In any event, both Exhibits EFCC9 and EFCC10, while very salacious and sensational, are of dubious evidential value. See RNHW v. Sama (1991) 12 NWLR (Pt. 171) 14 at 77; Zamani Lekwot v. Judicial Tribunal (1997) 8 NWLR (Pt. 515) 22 at 35. They cannot stand in the face of the entities themselves, Katah Property And Investment Ltd, and Sadiq Air Travel Agency Ltd, coming out openly in court to assert claims over those funds as they have done in this proceedings, following the publication of a Notice of an intended permanent forfeiture to the Federal Government.

In brief, having reviewed all that the Applicant, the EFCC, provided by way Of evidence, and the claims that they have made, I do not believe that the application that the funds be permanently forfeited to the Federal Government, I REFUSE IT”

Take note of the last words, “I Refuse it”

The Judgment was clearly delivered in favor of the account owners which didn’t include Liman Kantigi, in any way, How then would Liman Kantigi bribe Magu through one Shanono in a case he is not party to?

It is obvious from the the above that someone or some people are daggers drawn and sworn to their oracle that Liman Kantigi’s blood must be spilled using a compromised section of the media.

I think the Media needs to self regulate otherwise in no distant time, usurpers will take over the space, peddling fake news, injuring reputations and dragging the noble profession of journalism in the mud.