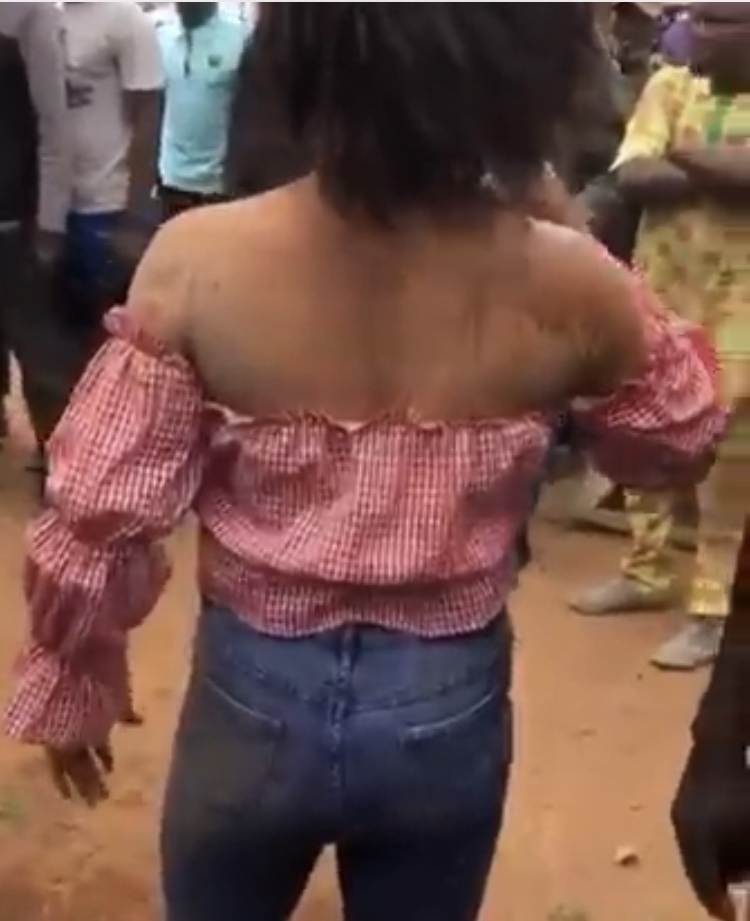 The Dean of Students’ Affairs, Ladoke Akintola University of Technology, LAUTECH, Ogbomoso, Dr Azeem Ige has revealed that the young lady in public glare misbehaving and displaying pure insanity was unconscious after involving in an accident three days ago.

The lady whose identity has been confirmed as a 300 level student of LAUTECH was said to have rushed a man in the crowd and started asking him that “daddy are you a pastor? pray for me I want to be great in life and she wants to do evangelism, that her parents are in Ibadan.

People were speculating that the young lady must have followed all these yahoo boys who might have used her for rituals.

But an eyewitness who confirmed the incident to Mouthpiece NGR metro explained that she approached them on the street, and they couldn’t make sense out of what she was saying.

The source said they thought she fell from the bike because she got blood on a part of her face and hand.

“Her hair was still neat then, beautiful lady with a nice skin. As I tried to call people to help, because at that point she was already scaring us, she ran off”, the source added.

When contacted, the Dean of Student Affairs however disregarded speculations that she ran mad or used by yahoo boys for rituals.

According to him, I have just spoken with her Dad now and contrary to this report, he said she was involved in an accident two days ago in Ekiti and probably was unconscious immediately after the accident.