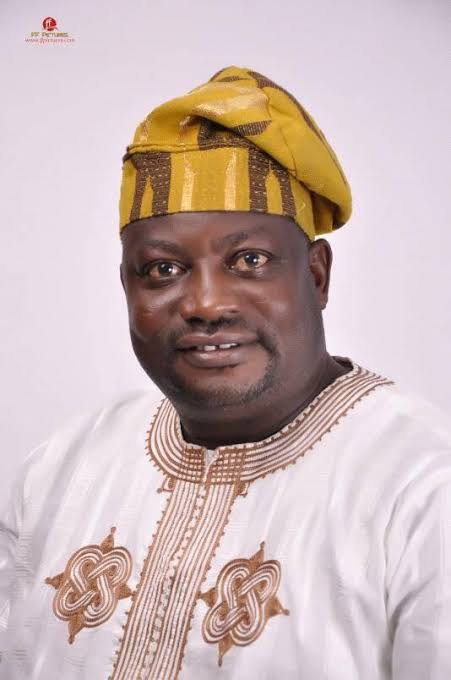 Following the mild drama at the floor of the Oyo State House of Assembly on Thursday, 27th August 2020, Mouthpiece NGR has exclusively gathered that the Ogbomoso nominee rejected by the House majority leader, Hon. Sanjo Adedoyin is a true son of the soil.

Recall that Governor Makinde had on Tuesday forwarded the names of members of Oyo State Independent Electoral Commission, OYSIEC to the State House of Assembly for approval.

Among the eight members, the nominee from Ogbomoso, Mr Sunday Falana was purportedly rejected by Hon. Sanjo Adedoyin suspected to be nursing an undue agenda during plenary screening.

It was gathered that Sanjay had on many occasions denied Ogbomoso indigenes for political slot and for the reasons best known to him.

In his claims, falana is not from Ogbomoso and thus opposed his nomination. His basis of argument however was that he has not met or seen the nominee before even though it goes against the rules of OYSIEC members nomination.

Mouthpiece NGR understands that electoral members are to be independent and apolitical. And among their functions is to organize, conduct, supervise election to all elective offices in the state.

One wonders why a politician especially a majority leader won’t know this constitutional function behoves of his duty.

Moreover, it has been severally stated that OYSIEC members are not to be partisan or politically affiliated for an election that involves different parties.

For the records, Mouthpiece NGR has thoroughly investigated the genuineness of his claims and found out that the majority leader goofed.

Our medium reliably confirmed that Mr Sunday Falana is an indigene of Ogbomoso and hails from Ile Apagbonrin, Ijeru area.

This diabolical act of Hon. Sanjo Adedoyin could also be traced to the recent denial he made to the appointment of the current Caretaker Chairman of Ogbomoso South Local Government.

Sanjo frontally opposed the nomination of Hon. Oyedokun Oyeniyi Timothy during plenary screening, saying that the nominee was not an indigene of the Local government and thus not qualify to administer it.

But to our chagrin, the same man he denied equally obtained Oyo State House of Assembly form to contest PDP primary election.

“Sanjay’s incessant action has made some people especially members of his party to be worried in Ogbomoso”, a source told Mouthpiece NGR.