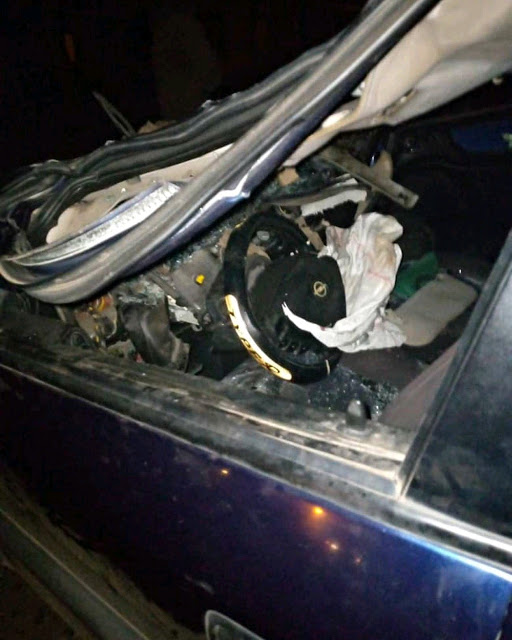 A Student of the Ladoke Akintola University of Technology, LAUTECH, Ogbomoso has revealed how he escaped death in a ghostly motor accident while traveling to Lagos with his two friends from Ogbomoso.

The student whose full identity yet to be known by Mouthpiece NGR narrated how a faulty charger prevented him from sudden death.

According to him, two people died instantly while some were seriously injured but he sustained minor injury alongside his two friends.

He wrote: “Traveling to Lagos with 2 of my friends from ogbomoso last week. We chose to enter a car mainly for our comfortability and swiftness. Before we started moving, I wanted to sit with the driver at the front seat so I could have easy access to the car charger. But he made it known the car charger was faulty and he is in no hurry to fix it. I felt discouraged and went to sit with my friends at the back. The journey was going smoothly, and few minutes to our destination, I heard the guy who eventually sat with the driver in the front receiving a call. I could deduce the call was from a bricklayer working for him from his end of conversation. He was saying he was going to send #20,000 balance to him when he gets to where  stable network is stable for the completion of the POP of his house.”

“5 minutes later, everything happened in a blur. All I could remember last was that the car drove directly under a trailer that was also moving. The driver and the guy receiving the call earlier died immediately.  The 3 people in front of us and behind the driver were seriously injured with blood all over them. I’m not sure if they survived or not but, I and my friends escaped with a minor injury.”

“I imagined what if the car charger wasn’t faulty. What if I just decided to manage it like that and sat beside the driver.  I would never have the opportunity to relate my story nor have the second chance to live again.”

“I realised life is not worth living like you’re going to die knew day. Death is always lurking around, ready to sink its clutches at any moment and it will come for all of us.”

“May we not die untimely and may we live long and prosper. Ameen”