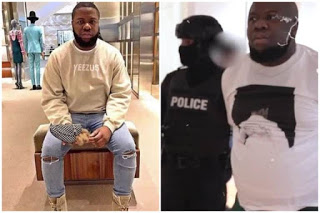 According to the U.S. Government’s Department of Justice website, Hushpuppi and his cybercrime team attempted defrauding a British Premier League club of $124 million.

Hushpuppi who flaunted his extravagant lifestyle on instagram is currently in the United States to face criminal charges.

He was arrested last month by UAE law enforcement officials.

The US government said he conspired to launder hundreds of millions of dollars from business email compromise (BEC) frauds and other scams, including schemes targeting a U.S. law firm, a foreign bank and an English Premier League soccer club.

Abbas is expected to face a statutory maximum sentence of 20years in federal prison if convicted of conspiracy to engage in money laundering.