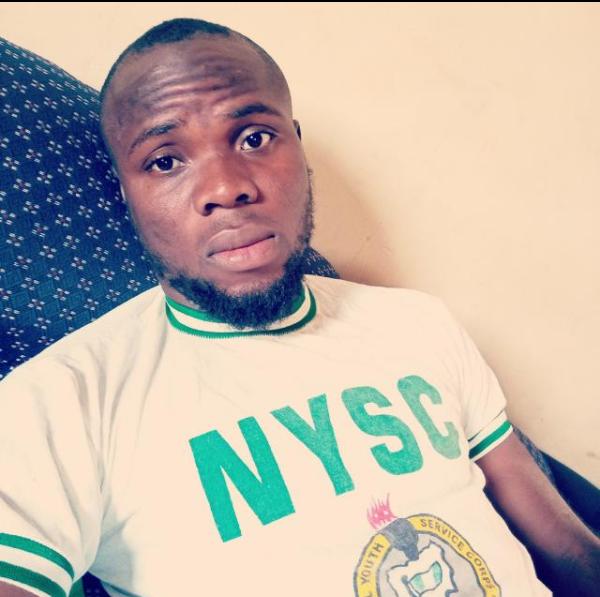 Criticism is a key part of politics, but in Ajaokuta Federal Constituency, it’s now a crime to criticise any underperforming leader misrepresenting the people of the constituency.

Ajaokuta Youth for Good Governance Initiative is a body of educated and enlighten youths of the land who has chosen not to be silent over the bad leadership system in the society, we have decided to use one of the instrument at our disposal (social media) to pass our messages and make our leaders accountable for their activities while in the office.

But Hon Lawal Muhammadu Idirisu, the House of Rep, representing Ajaokuta Federal Constituency at the green chamber has seen our call for good governance as a crime, thereby kidnapping and arresting some of the group members.

We shall rather die fighting for this course than to quit because of this cheap threat and intimidation.

Recently, we published an article tittle “Hon Lawal err again, threatens the security efforts of Governor Yahaya Bello” but his media aides shamefully came out to say nobody is intimidating nor using security operatives to arrest anyone.

This particular arrest or kidnapped of Comrade Abdulhameed Ivavah has justifies that publication again.

We call on the attention of the general public to watch out as every of our publications is never aimed at defaming or denting the image of anybody but speaking from the happenings in our constituency (Ajaokuta).

Democracy is not a dictatorship nor autocracy but a form of government in which the supreme power is vested in the people and exercised directly by them or by elected individual where such individual is accountable to the people.

In the time past, the entire Kogi Central politics was in disarray considering the past 16 years of maladministration of the PDPs. Just when we thought we have had it exceptional and had been liberated for God having given us the youthful, resourceful and youthful governor, His Excellency, Alh. Yahaya Adoza Bello, Hon. Lawal Idirisu, is trending the erroneous path in Ajaokuta, forgetting the good institution he climbed to become whom he is today.

Hon. Lawal Idris is the member Representing Ajaokuta Constituency in the Green Chamber as Comr. Abdulhameed Bello is a youth ambassador and the Media Aide of Hon. Akaaba, the former Administrator and present Senior Special Assistant to the Governor on Security Matter.

Hon. Lawal Idris traced Abdulhameed to one Lokoja Museum with his CID, and Thugs, Ripped him off for honourably calling his attention to what he promised in his manifestoes which he is yet to fulfil.

Abdulhameed, an active member of AJAOKUTA YOUTHS FOR GOOD GOVERNANCE INITIATIVE, an APC youth stalwart, is that one youth that will never see an egg-yolk and call it an egg-white. He is fond of calling a spade a spade. He is that honest youth that will eulogize any leaders for doing well but will never be penny-pinching with the truth when it comes to correcting your misdoings and filling of any left vacuum. He is a well recognized comrade known by his openness at the GYB Media Influencers’ Division, at the grassroots and beyond.

Abdulhameed Ivavah and majority of Ajaokuta learned youths under the umbrella of AJAOKUTA YOUTHS FOR GOOD GOVERNANCE INITIATIVE had some days after some physical trials to see the Hon. Rep Lawal which he turned down took to media to call his attention to the promises made before he was voted against his opponents. They called his attention outstandingly devoid of any form of insults. Only for him to deploy his security operatives to pick him up in Lokoja to silent us the youths (which they have failed before their arrival)  when ordinarily he ought to have deployed that strength into explaining his exertions to his people since assumption of office. This is more lurid and a truthful finding that the agitation of the Ajaokuta youths that Hon. Lawal has done nothing to better the lives of his constituents since assumption of office, unlike other corresponding Reps from other constituencies in Kogi Central and of course Kogi who have facilitated federal jobs for their youths, and empowered them meaningfully.

Apart from the fact that this action is on its own is a punch on Hon. Aka’aba Mustapha, the SSA to Governor Bello representing Ajaokuta LGA whom ordinarily should have received a report from Hon. Lawal about his media Aide for misbehavior and not just molesting him. But he is aware those Youths are right and therefore has nothing to report.

We shall continue to hold the Hon. Rep. Member, Lawal Idirisu in high esteem for heeding to this demand and release our brother, an APC Youths Stalwart, a Core GYBist, his committed constituent member, however we shall not take it likely if this demand is not given appropriate earshot, and it will surprise him for receiving summon from higher authority, plus a protest to his office and in Ajaokuta environs respectively.

We (Ajaokuta Youths for Good Governance Initiative) hold these truths to be self-evident, that all men are created equal, that they are endowed by their Creator with certain inalienable Rights, that among these are Life, Liberty and

the pursuit of Happiness. That, to secure these rights, Governments are instituted among Men, deriving their just powers from the consent of the governed.