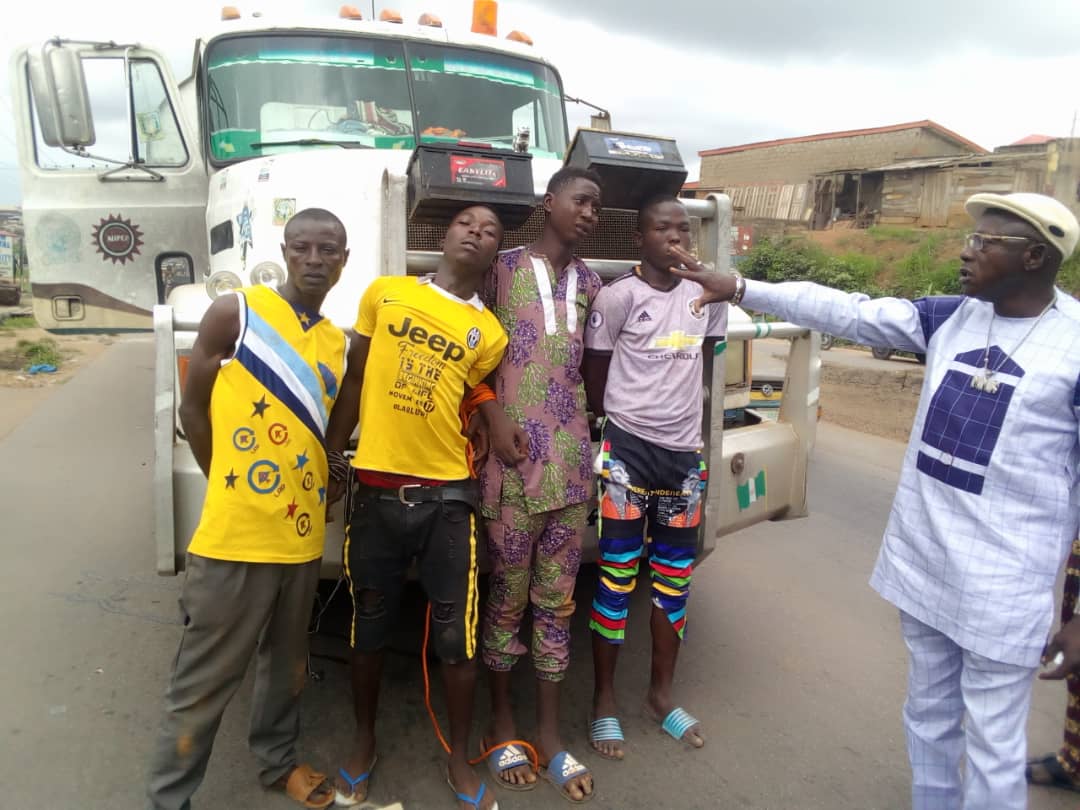 The Chairman of Disciplinary Committee, Park Management System (PMS), Alhaji Mukaila Lamidi popularly known as Auxiliary, has described news making rounds that the park managers are inordinate and peace threats allegations by the enemies of government as false.

Responding to the shocking allegations, Auxiliary described as false, stating that “he has never been power intoxicated in his entire leadership roles albeit people around you may determine to smear your image no matter how kindhearted you are”

Auxiliary who spoke to Mouthpiece NGR through PMS correspondent, Ay Telecoms, said: “Thank you for reaching out to me. I can confirm to you that all allegations are false and are in no way in line with my character as a person and as a business man whose only aim has been to build the state with the transformation agenda of His Excellency, Governor Seyi Makinde in the area of transport sector and improve wellbeing of passengers across the lengths and breadths of motor parks.

“As the press statement clearly stated, especially the radio program featured by the Honourable Commissioner for Public Works and Transports, these are indictments that only contain political propaganda from the APC apologists. As clearly stated by the commissioner, no one is indispensable but experience of handling transport issues in the state is understood by the governor that is why I reposed the confidence in me and crew. I will not be found wanting of disciplining any erring members”.

GSM as an egalitarian leader believes that anyone who is qualified by experience and character should be part of the PMS meaning that we still have many APC bootlickers fomenting trouble and hiding under the guise of PMS. Hence, this mess is not going to be condoned.
This is to inform the general public that peace and security of lives and properties is guaranteed as we are working in good relationship with the security agencies and OYTRMA towards ensuring better Oyo State transport development.

“In the meantime, if you notice any anomaly, kindly bring it forward to our PMS offic at Podo Park, New Garage, Ibadan. We have sacked and suspended many immoral members of the system.”

“This is part of image plundering and an attempt to smear the name of PMS, the miscreants just waylaid a stationed truck around Ile eja Gbagi in a bid to forcefully demand ransom. This has just been brought to the notice of Auxiliary and they were already handed over to the police. We are committed to erase hooliganism, deviance and other social unrest,” He added.