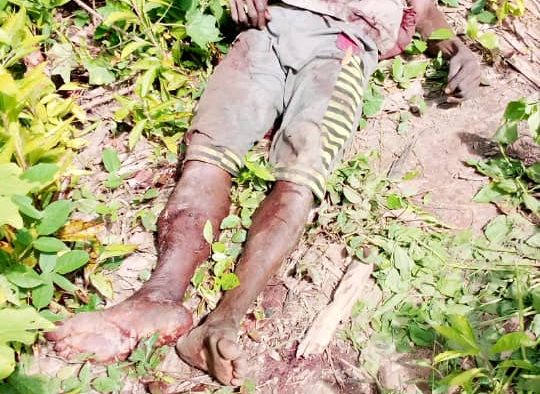 Mouthpiece NGR learnt the incident occurred in the early hours on Sunday.

Confirming the incident, the lawmaker representing Akinyele constituency 1, Ayotunde Fatokun said, three people were killed in his constituency, ward 1 and 2. He urged security agents to ensure that the culprits were brought to book.

Another residents who spoke in confidence with Mouthpiece NGR narrated how people ran for their lives.

He said, “in the early hours of yesterday morning, the Bororo Fulani herders raided Ikereku, Pade, Olanla and Babalola villages, they succeeded in killing our people on their various farm locations.”

“By evening,we arrested four of them and had since been handed over to Moniya Divisional Police Station.”

The three people who were reportedly killed by the herdsmen include Ope Babalola from Babalola village, Waheed Ganiyu from Oniganna village and Yemi Sunday Osuolale from Eguntola village.

When contacted, the Special Adviser on Security Matters to Oyo State Governor, CP Fatai Owoseni RTD said he wasn’t aware of the incident.

He said he is awaiting the police authority to brief him on the sad incident and promised to get back to our correspondent as soon as possible.