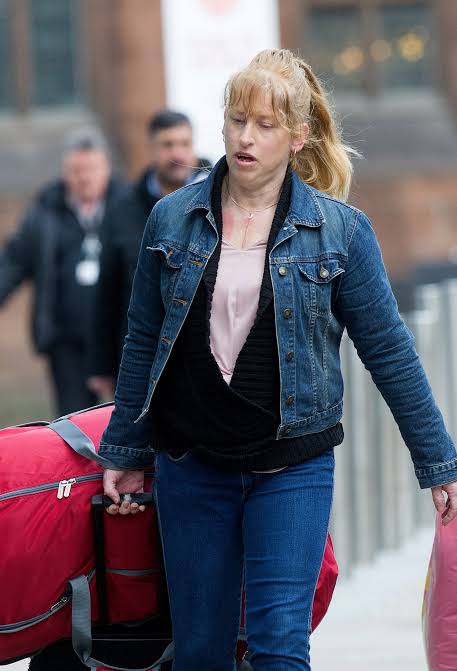 A MUM is behind bars after she stabbed her boyfriend in a childish temper tantrum and left him for dead – because he texted her “Happy Birthday” instead of calling.

Janet Kearns, 47, flew into a rage when partner Alan Pearce did not personally telephone her to wish her many happy returns.

Wrongly assuming he was cheating on her, she replied “thank you” to his message, before storming round to his flat.

Kearns demanded to know why he hadn’t called her – and then stabbed him with a six inch kitchen knife as he was phoning police for help.

Mouthpiece NGR gathered that Janet Kearns had left Pearce for dead in his flat at Wythenshawe, Manchester.

According to Dailymail.co.uk, Kearns had gone to Pearce flat and demanded to know why he had not called her.

She then stabbed him with a six-inch kitchen knife as he was calling the police for help.

Mr Pearce, of Wythenshawe, Gtr Manchester, who is in his 60s, was rushed to hospital and underwent emergency surgery.

He has since had plastic surgery and may need further treatment.

More than a year on since the attack, he has trouble moving his right hand.

Judge Hilary Manley told Kearns: “Your relationship with Mr. Pearce was marred by jealousy and you attacked him and tried to take his phone. You took a six-inch knife from the kitchen and struck him with it, causing serious injury. You intended to cause him serious harm”.

In a statement Pearce told police: “That day is a day I will never forget. I thought I might die.

“I try not to think about what happened.

“How could she be so callous just walking past me as I was on the floor bleeding to death?

“When I was lying on the lobby floor losing blood and getting weaker by the minute?

“If it was not for the quick response of police officers and paramedics I would not be here today. I will always be grateful to them.

“I still don’t have feeling in my right, index and middle fingers and part of my thumb. I might have to have an operation on my hand.

‘SCARS ALWAYS WITH ME’

“The scars will always be with me mentally and physically. Kearns told police she wanted to see the victim’s mobile phone as she thought he was being unfaithful and he said he was going to call the police.

The mother of two said she grabbed the knife to feel more secure in case he attacked her and claimed the wounds were accidental.

“I have struggled financially and did not feel safe remaining in my own home.”

The couple had met through work and had been dating for two years – starting in May 2017 – before the attack in May last year.

Prosecutor Brian Berlyne said: “The relationship began to develop and he eventually gave her a spare key.

“But in August 2017 he first noticed her becoming aggressive at times and she suspected him of being unfaithful.

“She struck his face but he did not report this to police.

“Over the next year her behaviour became erratic. She became aggressive and claimed he did not give her enough attention.

“She damaged or destroyed his belongings and at one point he threatened to call the police but she said ‘you will be dead before they get here’.”

On May 3 last year they argued over the phone and Mr Pearce said it would be the last weekend of the relationship.

The next day, which was her 46th birthday, he sent her a text saying “Happy Birthday”.

Mr Berlyne added: “She went into his flat and asked him why he had not called her.

“She tried to pick up her flat key to throw in his face and knocked over a plant pot.”

After hurling the landline at the wall when he tried to call police, she followed him as he made his way outside to use his mobile – attacking him in the hallway.