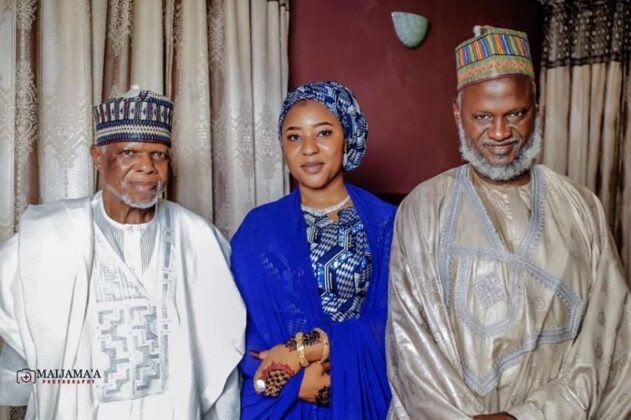 Mr Zubairu Dalhatu Malamai, ex-boyfriend of Zainab Abdullahi Yahaya, new wife of the Comptroller General of Nigeria Customs Service, Hameed Ali, has asked her to pay him the sum of N9,081,207.45 being money he spent on her during their relationship before she dumped him for the retired military colonel.

Recall Mouthpiece NGR had reported that the Comptroller General of Customs, Hameed Ali, on Saturday married a new wife at a low-key ceremony.

Malamai in a letter to Zainab through his lawyer, I.I Wangida, described her as a “cheat”.

According to the young man, in the last three years that he dated her, he spent over N9m on her believing that they were going to get married and live as couples.

Malamai said that the money was spent on opening a business for Zainab and taking care of her and other things around her.

The letter reads in part, “We are solicitors to Zubairu Dalhatu Malamai of No. 224 Durumin Zungura Kano Municipal, Kano State, hereinafter referred to as “our client” on whose instructions we write you.

“Our brief as disclosed to us is that for over three years you have been in a relationship with our client where he has invested so much in your life, future and business when you consistently promised to marry him, even though you knew deep down in your heart you were deceiving our client but you allowed him to continuously spend money and resources on you while he was in the belief that he was doing that to his future wife.

“Be that as it may, we have our client’s brief that you have decided to pick another man for yourself as husband and while our client congratulate you in your new home, we have our client’s instructions to also disclose his displeasure over your reaction few days before your new marriage by taking an unnecessary fight with him thereby insulting and calling him all kinds of names and your claims that he calculate all you have collected from him both as loans, investments and trip tickets so you can pay him as you are no longer in his life.

“In view of the above, we have our client’s instruction to demand from you the following;

“K. N250,009 only for all chinchin investment”. Other things demanded to be returned made by the lawyer on behalf of the ex-boyfriend to the NCS boss’ new wife, includes; “N1, 763,000 only for LEFE clothes, six Abayas which you took out of the 12 Abayas that were sewed.

“Failure to heed to same shall leave us with no other option than to proceed with legal action to recover the said sum. Your choice in this matter is our preference.