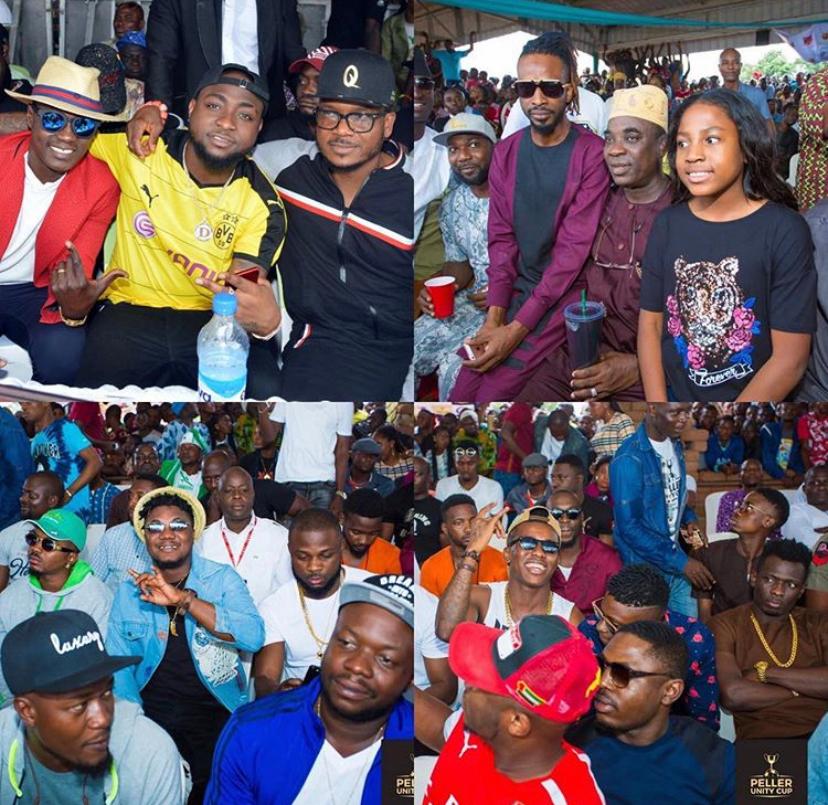 The founder of the Peller Unity Cup (PUC), Hon. Shina Peller, has announced the postponement of the second edition of the tournament which was initially scheduled to hold this year until next year.

Mouthpiece NGR learnt the postponement was due to the outbreak and continuous spread of the deadly Coronavirus disease (COVID-19) in the country and around the world.

The announcement of the postponement of the PUC Season II was contained in an Instagram post made by Hon. Shina Peller, where he stated that the decision was reached after a series of consultations and meetings he had with members of the Organising Committee of the PUC.

The Instagram post read: “Due to the COVID-19 pandemic that has greatly affected the global economy, I regret to announce the postponement of the second edition of the Peller Unity Cup (PUC) with the theme: The Road to Oke Ogun, which was supposed to take place this year until next year.

“We appreciate and acknowledge the support of all our intended participants, sponsors and lovers of the PUC all over the world. We enjoin all the stakeholders to bear with us as we look forward to reorganising and holding the tournament next year, 2021.

“As we remain very optimistic about the world conquering COVID-19 soon, we the organizers of the Peller Unity Cup urge us all to continue maintaining social distancing and adhering strictly to all the laid down precautionary measures and guidelines.”

The PUC, founded and sponsored by Aquila Group, is a youth empowerment/development initiative with a mission to promote unity and development across all the local governments in Oke Ogun and by extension Oyo State. The maiden edition of the PUC was hosted to commemorate the 20th year memorial of the great Late Professor Abiola Peller, unarguably the most renowned magician to come out of Africa.

The maiden edition of the PUC witnessed the presence of prominent personalities in the country including revered Yoruba traditional rulers like His Imperial Majesty, Oba Adeyeye Enitan Ogunwusi, the Ooni of Ife, His Imperial Majesty, Oba Lamidi Olayiwola Adeyemi III, the Alaafin of Oyo and Aseyin of Iseyin, His Royal Highness Oba Adekunle Salawu, Ologunebi Ajinese I and others.

Also, the presence of celebrities like Alhaji Wasiu Ayinde (K1 De Ultimate), who is now Mayegun of Yorubaland, 9ice, Davido, Sound Sultan, Skibi, Small Doctor, CDQ, Base One, Eniola Badmus and numerous others whose performances added spice to the tournament, thereby making it the first of its kind in the history of Oke Ogun and Oyo State at large.

The maiden edition of the tournament also succeeded in identifying many talents from the grassroot as teams from the tournament later featured in state competitions for the first time and quite a few of the players have carved a niche for themselves in football.

Twenty teams drawn from all the ten local governments that make up Oke Ogun participated in the tournament, with Iseyin United emerging the champions after defeating Iseyin City in a final match that ended 2 to nil.