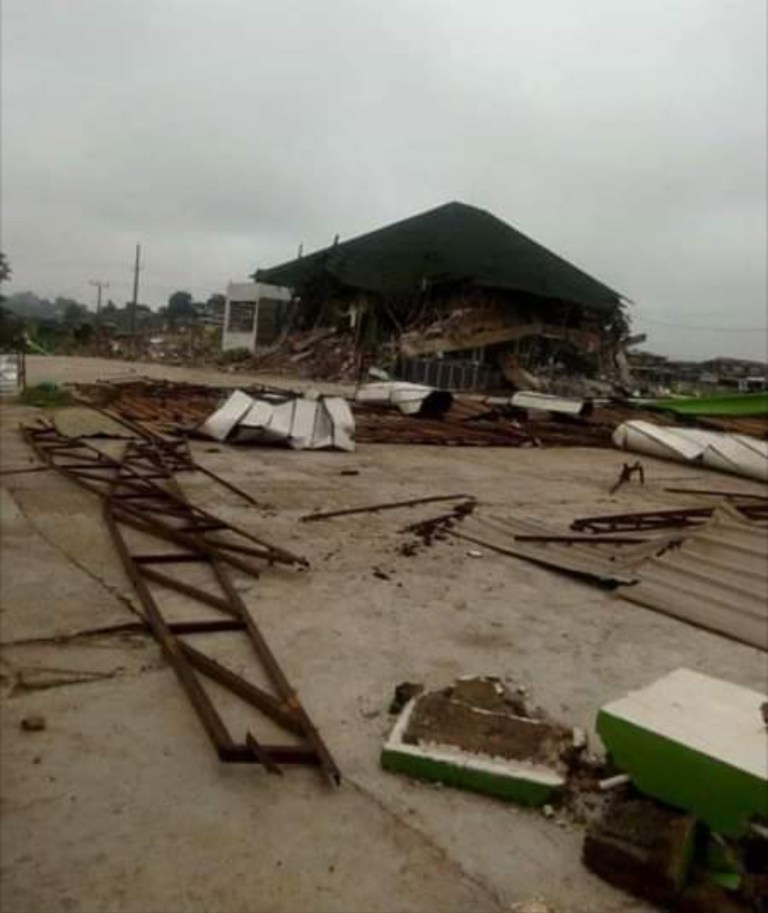 The General Manager, Assets Oil and Gas, Ojoo in Ibadan, Okediji Adekunle on Wednesday revealed that the owner of Assets filling station demolished by Oyo state government has been hospitalized as a result of debt he incurred.

The manager said the owner of the company lost over 1 Billion Naira to the unjustifiable demolition of the filling station.

Oyo State Government had demolished the filling station for allegedly contravening environmental and planing law of the state.

In an interview with reporters in Ibadan, Adekunle appealed to the governor of the state, Engr. Seyi Makinde to consider the plight of over seventy workers who were earning their living through the station.

He noted that the company secured all the necessary documents from the federal and state governments, as well as the Department of Petroleum Resources (DPR).

According to him, the company had approached the court to stop government from further demolition of the structure but the government was adamant.

Adekunle said; “We acquired that land through the federal government because the land belongs to the Federal Government. We have all the papers for the land. As expected, we approached the state government for approval before we started the construction. The state government granted our request for filling station to be sited on that land and we proceeded.

“After the construction, we began operation in October 2018. Since then, people were applauding the filling station for its aesthetic value in that bus stop and its illumination at night. We operate 24/7 even at midnight. Our security architecture was superb. But last year, the state government through the ministry of lands visited us and informed us that we have contravened environmental law despite our CofO. We appealed to them but they were adamant.

“Despite the fact that we have all the requirements, they decided to seal up to station. We appeal to the Oyo state government to pity us. Before the station was sealed, we have up to 70 workers earning their income through the station. Those people are jobless today.

“Again two days ago, they came to demolish the other part of the structure. They have destroyed all the goods in our supermarkets. They have destroyed products worth billion of Naira there. We have taken steps to ensure that we stop the state government from demolishing the structure but they have started destroying it. Our going to court was not to foment trouble but to maintain peace.

We have approached political leaders in Ibadan land to appeal to him but yet, we are they are still demolishing it. We have petroleum products in all our tanks. We appeal to the governor to stop further demolition of the structure.”

The Chief Press Secretary to Governor Seyi Makinde, Taiwo Adisa said the demolition was not sentimental because the structure was overriding public interest.

Adisa said government had written letter to owners of the affected properties before the demolition, but the Assets oil and gas did not take it serious.