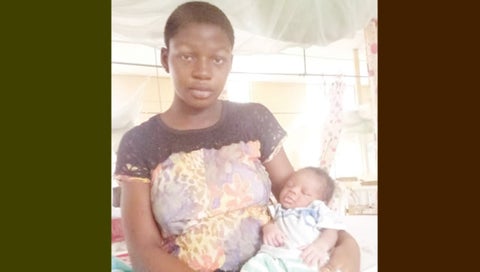 A teenage mother held in Wesley Guild Hospital, Ilesha, Osun State, over her inability to pay her bills after she was delivered of a baby through Caesarean section has received donation from centre.

Mouthpiece NGR gathered that the Women Advocate Research and Documentation Centre, Lagos, on Sunday, donated the sum of N70,000 to Blessing Abosede.

Blessing, who was admitted to the hospital on May 4, 2020, could not pay her bills and was held by the hospital, but was later discharged after 15 days when her grandmother, Adunni Olukunle, paid N70,000 to the hospital.

Olukunle told our correspondent on Sunday that she borrowed the N70,000 to pay the hospital.

She added that the WARDC sent its representative to the family on Sunday and gave the new mother the sum of N70,000.

The representative of the WARDC, Abiodun Ayansiji, who made the donation on behalf of the Executive Director of the organisation, Dr Abiola Akiyode-Afolabi, said the organisation would continue to place on the front burner matters affecting women.