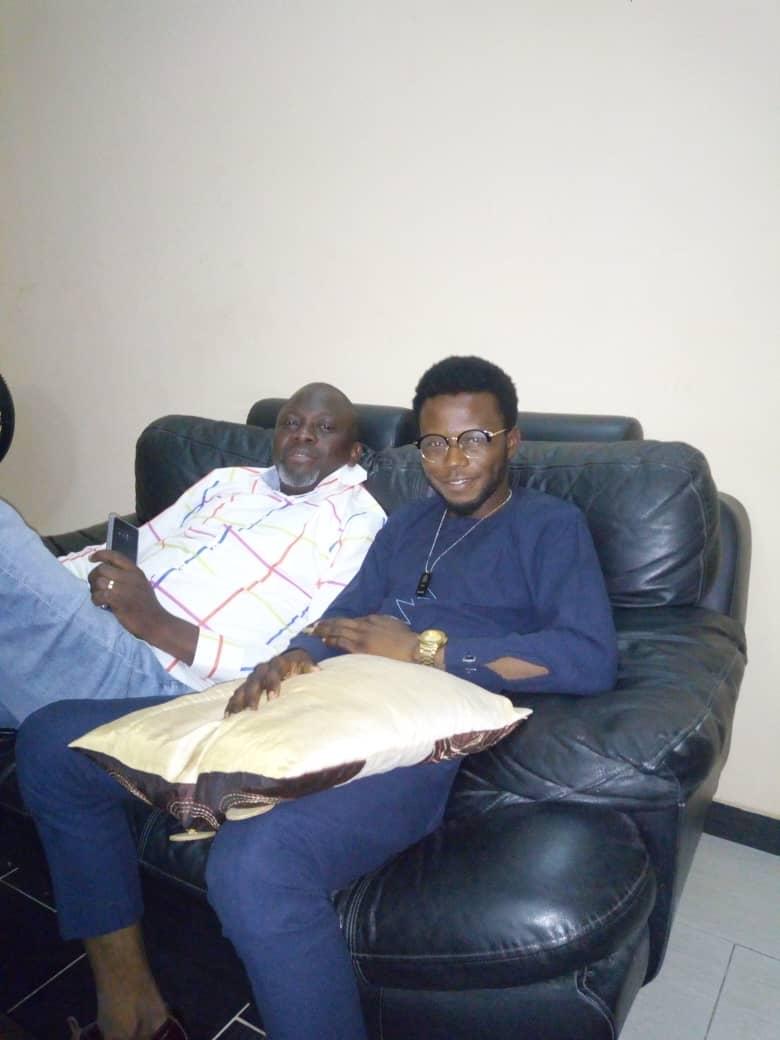 There is a saying by Abraham Lincoln-

“If I had six hours to chop down a tree, I’ll use my first four hours to sharpen my axe”.

This saying is related to the government of Oyo State under the leadership of a progressive called Seyi Abiodun Makinde. I tagged him a progressive because all he’s after is progress of the dearest Oyo State.

Oyo is a state in the south west that shares borders with Ogun, Lagos, Osun and Kwara states, this makes Oyo a center of attraction and place where trading and commercial activities can be easily consummated.

Governor Seyi Makinde took over from Senator Abiola Ajimobi who paddled the canoe of the state for eight years.

Well! everyone has to do their best and leave the rest, but I can say the best that the past government did in eight years was superseded in just one year of governance of Governor Seyi Makinde led administration in the state.

Since the assumption of office of Governor Seyi Makinde in May 2019 as the executive governor of Oyo State, his achievements are numerous to be numbered.

I have seen indigenes of the eastern and northern part of the country pray or a governor like him. His way of governance is indeed second to none…

According to Wikipedia- Government is a system or group of people governing an organized community, often a state.

Yes we have a constitution yet he’s not a self appraised constituted authority. The true definition of a man is in his value and not just the boasting words of arrogance from his mouth. GSM as popularly called has kept to his campaign promises which to me makes him stand out as the best governor… yes a true man stands by his words.

Governor Makinde made a public declaration of his assets on getting to office, this also shows the high level of integrity he possesses. Little wonder he’s tagged the title “Omi titun”… which means the fresh water.

Immediately after his resumption to office the paid the outstanding salaries and arrears of Oyo State workers, and also begun the payment of civil servant salaries latest on 25th of every month… I wonder how he’s getting all these done even with the same allocation being received by previous administrations. Oh! he did promotions of civil servant within this short while too…

Pensioners who have been suffering for so long seems to have chosen right. They made a right choice as Governor Seyi Makinde donates all his salaries to pensioners… isn’t this great? He already cleared the arrears.

On education GSM declared a free education in Oyo State and put an end to payment of PTA fee, and other payments just to ease the parents burden.

Textbooks were distributed for public school pupils in both primary and secondary schools for free as well.

I wasn’t surprised though since the cabinet is full of intellectuals.

On security Governor Makinde bought 100 patrol vehicles for the police to be used in all parts of the state. Also operation Amotekun was fully commissioned.

About 120 students in the Law school were granted a bursary of 60 million naira as a support to there education, no wonder other states are envying Oyo State.

As regards employment, Oyo State post primary school recruitment has been out for free and people already applied for his too, we await the screening as soon as Covid-19 pandemic has been overcame.

The 30,000 minimum wage was also implemented in Oyo State during Gov Seyi Makinde’s regime. What an accomplishment even when the previous administration was unable to successfully pay 18,000 as the states minimum wage, so now I wonder why oppositions remain silent and has no speech to make against the performing Governor.

Oyo State also keeps inviting investors to invest or partner with the state to develop the economy of the state which is blessed with both human, mineral and material resources…

Also the state is investing in cashew processing which will in the long run generate income for the state yet the committed effort of Hon Segun Ogunwuyi DG Investment and PPP cannot be underemphasized.

Oyo State which use to be the capital of western region has a land mass as big as Belgium and has wealth of resources that if well utilized the state might necessarily not rely solely on the federal allocation and this is one of the vision of which is coming true during Governor Seyi Makinde’s administration.

A lot of construction works had been done and most especially roads networks that affects the business of the state like the Saki-Igboho road network which is about 44.70km.

Several roads have been mapped for construction e.g Stadium, Under G to Lautech gate road in Ogbomoso and many more.

Operation light up Oyo State which commenced earlier this year in Ibadan has been extended to other zones of the state to make every area of the country bright just like day time and keep criminals away… isn’t this wonderful?

During the outbreak of the pandemic, people centric governor who knows that a total lockdown will affect the economy of the state and affect the daily living of the masses as many people survive/feed on their daily income, he decides not to declare a lockdown but a curfew of 7am t 7pm and also shut down social and religious gathering to avoid spread of the pandemic. This governor keeps gaining people’s trust day after day.

Few days after the outbreak of the pandemic in the state he began to distribute palliatives to people around the state and sent same to all the 33 local governments across the state via the well trusted caretaker chairmen which were appointed by this intelligent governor.

Well! It will be hard to count all the achievements of the performing Governor.

It’s feasible to the eyes and even the blind can hear the great news of all what Governor Seyi Makinde is doing in Oyo State.

Considering Welfarism, Education, Security, Developmental projects and all other aspects of governance…I score Governor Makinde 100% in just a year in office, I wonder what he would score when the 4 years is completed.

It’s our prayer that May God help the governor to paddle the Canoe of Oyo State to the destination of our desire.