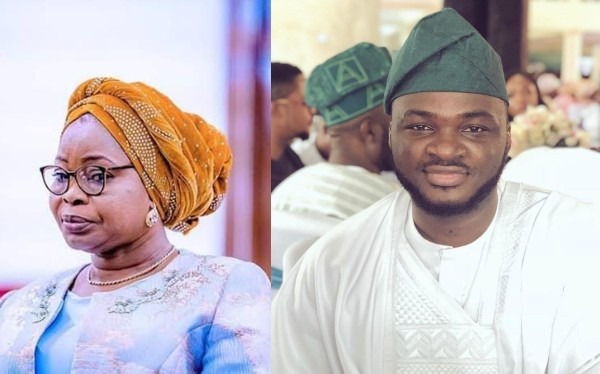 Ayobami Adekojo, the son of the Oyo State head of service, Mrs. Amidat Agboola has been caught in a ‘ghost job’ scandal, PREMIUM TIMES has learnt.

Allegations were levelled against Adekojo by Mr. Sulaimon Adesola on social media.

The allegations against Adekojo came up after he and his accuser disagreed online over the response of the Seyi Makinde led Oyo state government to the coronavirus pandemic.

The son of the head of service claimed that Adesola’s criticism against the state government was because he could not secure a “ghost job” under the government.

However, Adesola alleged that it was Adekojo who promised to use the influence of his mother as the head of the state’s civil service to secure him a slot.

To back his claim, Adesola also posted screenshots of his chat with Adekojo and compelled him to admit.

Although Adekojo confessed having the conversation, he said he never assured his then friend of any slot. He said he was only ‘joking’ and that Adesola’s aim was to blackmail his mother.

“I want to state categorically that I know nothing about any racketeering scheme, I only egged someone I assumed was a friend on because he was doing pro bono work and I admit I should have been clearer to him as he started pestering,” he wrote on Twitter.

In a telephone interview, PREMIUM TIMES quoted Adekojo saying, he truly promised Adesola a “ghost worker” slot to keep him in his “team”.

“He approached me and I held him on because he was working for me. He was doing a pro-bono job for me and I wanted to keep his hope alive which he was never going to get,” he said.

When asked about the nature of the pro-bono job, Mr Adekojo said: “He worked on social media campaigns for me and I felt the best way to keep him happy is to promise him a job.”

Adekojo accused Adesola of being a “political jobber” who helped to campaign in the last Oyo State governorship election. He said he made him a promise because he did not want to lose the man to another political party.

Adesola did not respond to this newspaper’s phone calls and a text message seeking comments.