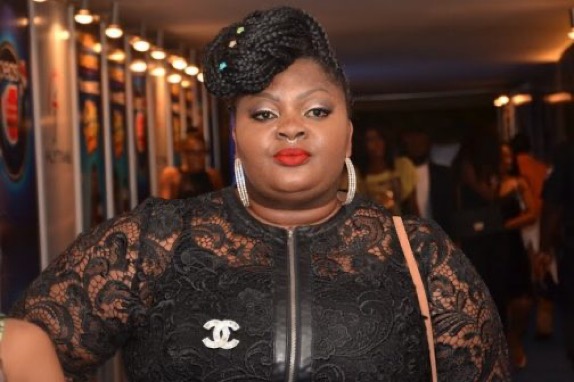 Nollywood actress, Eniola Badmus reveals on Instagram that she’s been getting alerts since some leaked chats left her account number public.

She wrote that she has recently got a million Naira from an unknown person and would love if the person reveals himself or herself.

She wrote; ”My account number was exposed online and have been getting different alert since 2 days and today, I got an alert of one million naira from someone I don’t know.”

This is coming after a sponsor called her out over an alleged N500,000 giveaway fraud few days ago.

Badmus came out to clear the air over the rumours that she defrauded a well-meaning Nigerian, Pius Omoyele who wanted to giveaway N500,000 to Nigerians amid the lockdown.

According to Omoyele who is based in the United States, he had asked Badmus to use her platform on Instagram to help dispense the sum of N5, 000 naira to 100 Nigerians each (N500,000 in total) as giveaways to alleviate the suffering occasioned by the lockdown.

He credited Eniola Badmus accounts with N500,000 to share to her fans who are having a tough time to feed in this quarantine period.

However, Eniola asked for 150K charges payment from the sponsor which resulted in misunderstanding.

Later, the actress cleared the air, noting the money she demanded was to cater for bank charges.

Apparently, Eniola Badmus has revealed that she has been receiving bank alerts after her account details were published.

According to her, she has received 1 million Naira from an anonymous person.