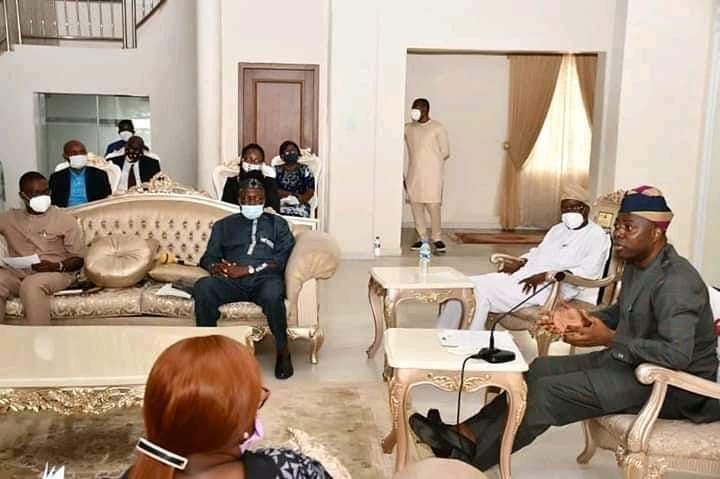 Oyo state Governor, Engr Seyi Makinde has declared the state’s readiness to construct and rehabilitate about 1,000 kilometre rural and farm roads that would assist in expanding the state’s economy through a Rural Access and Agricultural Marketing Project (RAAMP).

Makinde revealed this on Tuesday while inaugurating the state project monitoring and technical steering committee as well as relaunching of RAAMP in a ceremony held at the government house.

The Governor, who doubles as the chairman of the committee, stressed the need to ensure all projects initiated under RAAMP be of quality and stand the test of time while noting that the current post harvest losses being experienced by farmers would be addressed with the RAAMP initiative.

According to him: “When we came in, we met the RAMP project almost moribund, simply because Oyo State did not pay its counterpart fund. But within three and a half months of our coming in, we provided the fund and were able to get the project back on track.

“As members of this committee, one thing that we want to ensure is that quality is maintained. We dont want situations like in the past where roads and critical infrastructures are constructed and before the administration will leave the office, they would have gone into a total decay.

“This time last week, we went to Eruwa and we saw that the road to Ologuneru to Eruwa is still being worked on. It is yet to get to the final point at Eruwa but we saw many portions of the road that have failed already. So, that is not what we want to do. Quality has to be maintained.

“Apart from RAAMP,  we still have other opportunities. ADB is currently talking to us. If, indeed, we are able to put pen and paper and Oyo State becomes one of their agro processing centres, we will also support in strengthening infrastructure provision towards rural areas.

“RAAMP is very important to us and we know that if it is done properly, it will definitely assist the expansion of our economy, which is one of the major pillars of this administration.

“So, on that note, I hereby inaugurate the Oyo State monitoring committee of rural access and agricultural marketing project.”

Earlier, the project coordinator Dr. Yode-Moses Ayanlowo, explained that the vision of the project was to enhance productive capacity, facilitate rapid rural development, improve rural transport infrastructure linking with agro logistics hubs that would result in economic and social development

Also, in a keynote address, the commissioner for agriculture and Vice- chairman, administration for the committee, Hon Ojemuyiwa Ojekunle said the relaunching of RAAMP is an indication of the current administration’s committee to the agricultural sector, adding that the initiative would encourage more investment in agribusiness and alleviate poverty for rural dwellers

The RAAMP initiative is a Federal Government sponsored project under donor agencies such as World Bank, French Development Bank, AfDB with a 12% counterpart fund from interested states and a seven year life cycle.