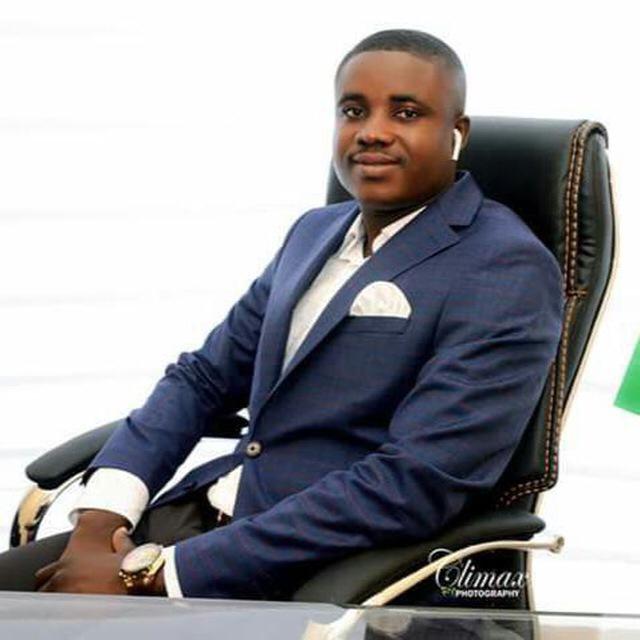 “Trouble started in early March, 2020 with an increased investors complaints of inability to complete the withdrawal process. Many investors couldn’t withdraw their matured return on investment. On the other hand, new deposits & reinvestments were allowed and functional. Many observers who insinuated that Jonah wasn’t trading as speculated but was into a ponzi scheme, believed that Jonah’s ponzi has outlived its cycle.”

Udogo, an indigene of OJU of the IGEDE tribe and a graduate of Benue State University, introduced BoxValueBTC into Nigeria and being managed by him.

It was learnt the CEO disappeared when problem started and failed to refund people especially those with huge investment despite claiming to run a private trading company which is focused on studying & using the current Forex & binary market trends to generate reasonable profit for clients.

“They bragged of having well trained brokers with many years or experience in Forex market, assuring investors that their money is secured.

“They also promised clients FULL capital REFUND in the event of bad trade or loss but to  our chagrin, none is yet to be paid, an investor told Mouthpiece NGR.

“I’m writing you to bring to your attention for quick action, coverage & onward publication of one recent & currently notorious & nefarious fraud being perpetuated by a Nigerian named Jonah Udogo from Benue state.”

Below is the whole story: “THE CHRONICLE OF A MONUMENTAL FRAUD”

At any given time in Nigeria, there are numerous fraudulent investment schemes being perpetrated against unsuspecting investors.

BoxValueBTC, introduced into Nigeria and managed by Benue state born JONAH UDOGO, an indigene of OJU of the IGEDE tribe and a graduate of Benue state University.

BoxValue boast of being Nigeria number one Forex and Binary option investment with 20% to 50% profit guarantee.

They claim to be a private trading company which is focused on studying & using the current Forex & binary market trends to generate reasonable profit for clients. They bragged of having well trained brokers with many years or experience in Forex market, assuring investors that their money is secured. They also promised clients FULL capital REFUND in the event of bad trade or loss.

BoxValue is registered with the Corporate affairs commission, CAC, with RC number 2920485 as “BoxValue Global Trading services company” on the 4th of July,2019 & ” BoxValue Trading Company ” with RC2779994 on 29th January, 2019 both having “49 Marvelous Plaza Okpanam road” as address.

On inception, BoxValue operated physical offices with Head office in Abuja at suite No.209, Ruby center Plot 762, Aminu Kano Cresent, Wuse2, Abuja. Their branches were in Port Harcourt, Asaba, Ibadan, Kaduna & so on, with contact numbers to reach them. They also operated bank accounts with several commercial banks which served as pool for investors funds.

Everything seem well organized like a real corporate entity that were in real business of trading in securities.

They were in business till 5th November, 2019 when their offices were sealed up by the Securities & Exchange Commission, SEC, which is the apex regulatory body for Nigeria’s capital market & which duties includes regulating investment and securities business in Nigeria. This happened because of BoxValue’s “questionable” registration status with SEC.

Subsequently, BoxValue through their CEO, JONAH UDOGO claimed their bank accounts which run into hundreds of Millions of Naira were frozen by SEC.

BoxValue bounced back towards the end of 2019. This time, they perfected plans to operate with virtual currency “BITCOIN” promising it was safer & will enable a seamless operations that will stand the test if time.

Desperate to get their money back, many investors sourced funds- some took loans from banks, Cooperatives/thrift, some sold assets, some reinvested their life savings, school fees,etc in a bid to reclaim their previous investments.

The news of the return of BoxValue spread like wildfire & investors grew by over 300% with over 100 thousand Nigerians subscribing to invest with them. This time, Jonah Udogo’s BoxValue had gone virtual in their mode of operations & all their offices across the country were shutdown alongside their contact numbers. UDOGO introduced “Telegram group & channel”. The ” BoxValue Trading Group” with over 22thousand members & “BoxValue Channel” with over 10thousand subscribers. Investors without smart phones weren’t considered in Udogo’s now communication medium.

BoxValue capital base hit over 2billion Naira in early 2020. This time the Benue born tactician & manipulator hinted that he was developing an application for BoxValue & had also perfected plans to take his adventure overseas to Ghana towards the end of March.

This gave him more credibility, sort of &  restored some level of confidence in investors as many Nigerians investors expressed their willingness & readiness to join in storming Ghana. Investors in turn scavenged for money to increased their investment. There was also a geometric hike in the number of new investors.

Trouble started in early March, 2020 with an increased investors complaints of inability to complete the withdrawal process. Many investors couldn’t withdraw their matured return on investment. On the other hand, new deposits & reinvestments were allowed and functional. Many observers who insinuated that Jonah wasn’t trading as speculated but was into a ponzi scheme, believed that Jonah’s ponzi has outlived its cycle.

In a swift response, JONAH UDOGO claimed that BoxValue had issues with their API providers who he claimed were not satisfied with the nature of business done by BoxValue & that the API providers had placed withdrawal limits hence, the difficulty investors faced. UDOGO promised to steadily resolve the issues & restore normalcy. He threatened that any negative comment by any investor in the telegram group will be met with stiff penalty as that investor will be blocked from the group this was seen by many as a breach of their fundamental rights to free speech & expression. This was possibly to kill any form of discussion that could expose BoxValue antics & capable of causing panic or scaring potential investors.

Investors struggled & scrambled to grab from the limited available withdrawals. It was only for the lucky very few. Many were pained as they watch their dreams dashed.

Just as investors were struggling with the reality of what was in the offing, JONAH UDOGO dropped the BOMB! On the 12th of March, 2020 Jonah’s update stated that, “Temporarily the website won’t be accessible…”. He went on to suspend the launch of BoxValue App. He pleaded for investors Patience & assured that the challenges were just temporary.

The next day on 13th of March, 2020 Jonah locked the telegram group.

For close to a month, there was no update or information from JONAH on what has been done to restore the system and release investors funds.

Soon, a video surfaces. In the video, JONAH UDOGO who used to be a clean shaved young man was sighted with grown face beard & was putting on a face cap & dark sunglasses which was possibly to perfect his disguise. He was in a lounge of an airport in company of his wife & son; it was clear they were travelling out of the country before some investors who recognized JONAH accosted him & made demands for a refund of their investment. You could see a tensed, frightened Jonah who made frantic efforts to hide his face from the phone cameras of the little crowd that made efforts to record the imbroglio. In the video, JONAH UDOGO had to return the agitated inveators money via a bitcoin transfer. It was speculated that JONAH who was avoiding been trapped in Nigeria as a result of the embargo placed on foreign flights & closure of the airport’s by the government of Nigeria in a bid to prevent the spread of covid-19 & flatten its curve; had travelled through Ghana, to Rwanada & possibly heading for Dubai.

As the video spread so fast among investors & agitations increased, investors began to strategize on how to get JONAH “the man in the eye of the storm” or their refund.

Jonah got a wind of their plot an tried to douse the tension & agitations by posting an update on Easter Monday (a month after he had locked the telegram group). Many had envisaged that the long awaited update on the way forward will bring hope of getting their funds back rather they were shocked as it was the same old news of been patient. The contents of the update as perceived by investors was rude, disrespectful, ambiguous as it failed to empathise with investors who are really going through untold hardship for those alive while some have faced on or lost loved ones. The update ended with Jonah promising an update soon.

It is over weeks & investors are hoping there could be a ray of hope as many are engulfed in poverty in the midst of the Covid-19 lockdown.

The fact is that JONAH UDOGO is so daring unlike other operators of financial schemes who are mostly faceless. JONAH travelled the length & breath of Nigeria with his family while he scavenged for investors. He never hid his identity.

Finally he resurfaced online and is requesting for new deposits before we can get our monies out.

He’s taking us for a long ride as fools & lots of lives have gone down & derailed as I write.

Many millions of people are on the brinks of committing suicide. Lots are helplessly leaping into prison. Tons of deaths have been recorded  already.

Your organization being a reputable media of immense recognition and one of no-match per excellence in unraveling a lot of seemingly impossible uphill tasks, I believe in your competence, doggedness and delivery to give this a good & satisfactory justice.

Thank you very much.

I’m available to avail you for more information when needed.