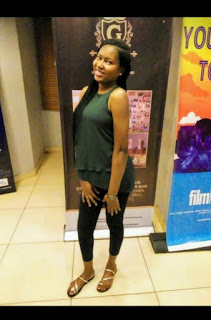 A 100 level student of the University of Benin, UNIBEN from the department of Microbiology, faculty of Life Sciences, Miss Vera Uwaila Omozuwa, has reportedly been raped and killed inside a church in Edo state.

Mouthpiece NGR gathered that the 22-year-old victim was raped on Friday 29th May near Ikpoba Hill in Benin City, at her church, the Redeemed Christian Church of God (RCCG).

She had gone to the church to read as she prepared for the possible school resumption after months of staying at home as a result of the lockdown order.

A security guard at the church reportedly found her in a pool of blood and informed his superiors at the church.

Omozuwa, who was unconscious, was rushed to the University of Benin Teaching Hospital where she narrated her ordeal. She, however, succumbed to her injuries three days later.

The perpetrators were said to have attacked her at the RCCG Ohovbe road branch, raped and smashed her head with a fire extinguisher, leaving her dead.

She, however, gave up the ghost Saturday midnight, May 30, following excess loss of blood and deep cuts sustained from the attack.

The case was reported at the Oregbeni Police Station, Benin.

According to friends of the deceased, she only recently gained admission into the federal university and had yet to do matriculation as of the time of her death on May 30, 2020.

A family source who confirmed the development, described the deceased as “an easy-going somebody (sic).” Her remains had been deposited at the morgue.

Nigerians have since taken to Twitter, using #JusticeForUwa, to demand for justice for the fallen student and one of the numerous victims of rape in the country.

Several Twitter users wondered how the deceased was killed in broad daylight and inside a church.

Trending as #JusticeforUWA, Nigerians called on the police to bring the culprits to book.

@Bubble_minakie tweeted, “This is Uwa, a 22-year-old girl who was raped in RCCG Benin, inside the church, is there no limit to this evil? The culprits are on the run and they must be found and brought to justice.”