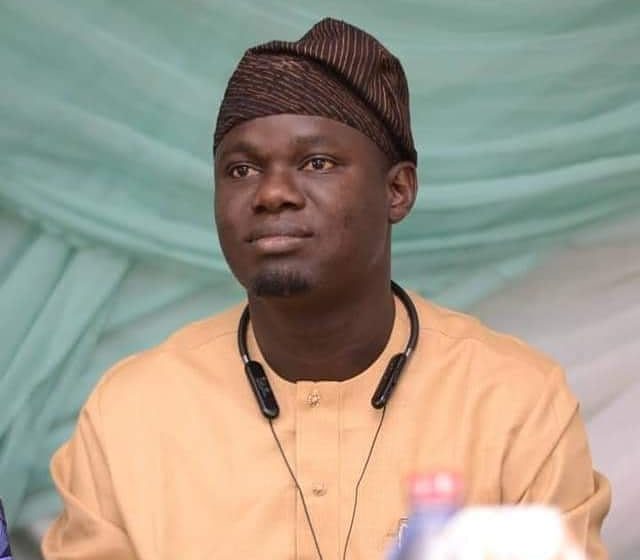 The Osun State Chapter of the Peoples Democratic Party has advised the State Commissioner for Youth and Sports, Mr Yemi Lawal not to be ashamed of seeking in-depth information and adequate tutoring on delicate state functions assigned to him by his boss, Governor Gboyega Oyetola and his adopted political party, the APC in the state before sticking out his neck explaining what he knows next to nothing about.
Mouthpiece NGR recalls the Osun Commissioner for Youth and Sports, Hon. Yemi Lawal on Saturday described the statement earlier made by Osun PDP Chairman, Hon. Soji Adagunodo on Covid-19 palliatives as “embarrassing and watery”.
Mr Yemi Lawal, in a statement personally signed by him and made available to Mouthpiece NGR on Saturday evening said “I received with great shock, the embarrassing and watery statement made by the Chairman of the People’s Democratic Party in Osun, Hon. Soji Adagunodo accusing me and Governor Gboyega Oyetola-led administration of making the Covid-19 palliatives available for members of the APC alone. https://www.mouthpiecengr.com/2020/04/adagunodo-goofed-on-osun-lockdown.html?m=1#more
Reacting to the statement, the PDP said “It sympathized with Mr Lawal whose Ministry was given the tricky task of disbursing parts of the palliatives.
The Osun PDP Chairman, Honorable Olasoji Adagunodo in the reaction personally signed by him, wondered why Mr Yemi Lawal would attempt, on behalf of osun APC, to darken undeniable clips of a clear case of daylight financial rape commited by APC, with some sermonic lies of a baited puppy who wandered enthusiastically into the claws of hungry lions.
“Without dwelling much on the blatant lies and open denials by the Osun State Commissioner for Youth and Sports, Hon. Yemi Lawal, on behalf of H.E. Governor Gboyega Oyetola and Osun APC members who were accused of  attempting to divert palliative funds and materials for their private programs, it is pertinent to allow the State indigenes to understand that our party position has just been vindicated in his futile attempts to conceal the truth”
The statement further said “Hon Yemi Lawal was caught in the obvious dance of shame and made efforts to jump out through a hollow window of self defense by saying that the ruling party, APC, has been capturing names of their party members under an empowerment program tagged “YESSO scheme” which he said was put under the supervision of Ministry of Youth and Sports since 2014.”
This YESSO, according to him, had the aged people and those living with disabilities captured under the Special Grant Transfer while the less privileged among the youths were captured under the public workfare, all since 2014.” The PDP however noted that though the sympathy currying efforts of the youthful commissioner was a good try, but definitely not enough.
“This position by the Honourable commissioner has also confirmed the position of Osun PDP that the APC and the state government were on a full intent to use palliative funds and materials for their party members only.”
“Hon. Lawal was clearly clever by half in his explanation that PDP members were captured in the data they are using for the palliative payments, whereas according to Lawal’s account, the data was first captured in 2014 and has always been validated and upgraded on yearly basis until 2019,”. How PDP members were part of a process not announced or declared open at appropriate centers in communities making up Osun State, remains a mystery because there is no verifiable record of such payment to any PDP member in the State.”
“Members of the public should note that their data validation by implications of Mr Lawal’s explanation was done with their party membership register across the entire 332 Wards in Osun State and not through the polling units for instance, which could have involved other residents of the state,” Adagunodo said.”
“With these inferences from the commissioner’s helter skelter defence, he has just vindicated PDP and put paid to any doubt  that H. E. Governor Gboyega Oyetola, the All Progressives Congress and by extension, their mandate looting collation attache, Hon. Yemi Lawal are using the palliative funds to resurrect their party’s dibious project. This project according to PDP helmsman, has become moribund and abandoned for months due to lack of funds occasioned by fraud induced borrowings and it is obvious they want to resuscitate it with state funds meant to support the entire state at this difficult time.”
“To further buttress our fears that the APC government led by Governor Oyetola only wanted to  cash in on the palliative funds to execute their private party programs, Yemi Lawal has refused to provide any sound response to the question reportedly put to him by the Honourable members of the state House of Assembly on the source of funds for the data capturing exercise of the state Government. PDP would want to know whether the state government has sent any supplementary budget to the state parliament to cater for their theatric palliative disbursements outside of the Palliative funds.
“The PDP therefore challenged Hon.Yemi Lawal and his masters, most especially Governor Gboyega Oyetola, to publish the lists of all beneficiaries of the palliative cash disbursements as supported by their captured data, Ward by Ward with their telephone numbers.”
This, according to the PDP Chairman, will go a long in proving or otherwise, the transparency employed in the data capturing used for all forms of palliatives being disbursed in Osun State.