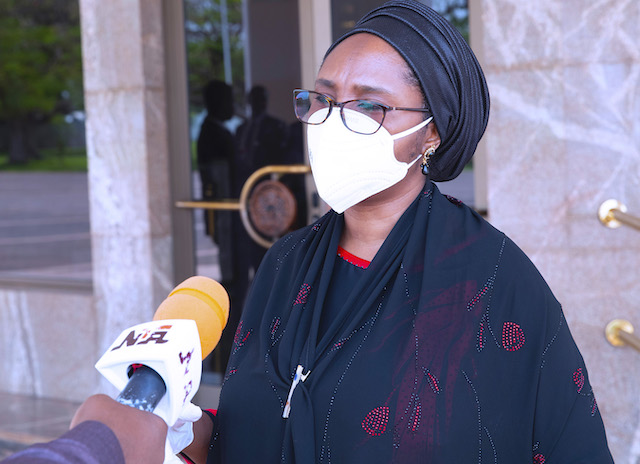 President Muhammadu Buhari has approved the implementation of the Steve Oransaye report that recommended a trimming of the Federal bureaucracy.

According to her, President Buhari has directed the Secretary to the Government of the Federation and the Head of Service to begin the restructuring and rationalization, in line with the report.

The Oronsaye committee was constituted in 2011 during the Goodluck Jonathan administration to seek ways of cutting cost of governance in the country.

The committee found that there were, at the time 541 government parastatals, commissions and agencies.

It also recommended the reduction of statutory agencies from 263 to 161, among others.

“The president has approved that this administration should implement the Oransanye report”, Zainab Ahmed said.

“It has reviewed the whole of the size of government and has made very significant recommendations in terms of reducing the number of agencies and that would mean merging some agencies.

“This is a report that has been in place for a long time and there hasn’t been implementation but the president has approved that this should be implemented.

“We have conveyed Mr President’s approval to the arms of government that are responsible for this and that will be the office of the secretary of government and the head of civil service of the federation.” Zainab said.