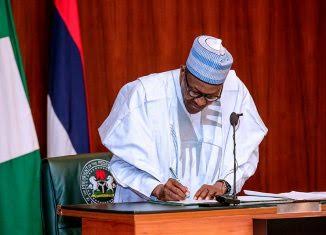 This was wade known via the Facebook page of Osun Commissioner for works and transport, Oluremi Omowaiye.

Olowofela who served as commissioner under immediate past Governor of Oyo state, Senator Abiola Ajimobi is now appointed as Commissioner for Federal Character.

They were among those nominated today by president Buhari across the 36 states.