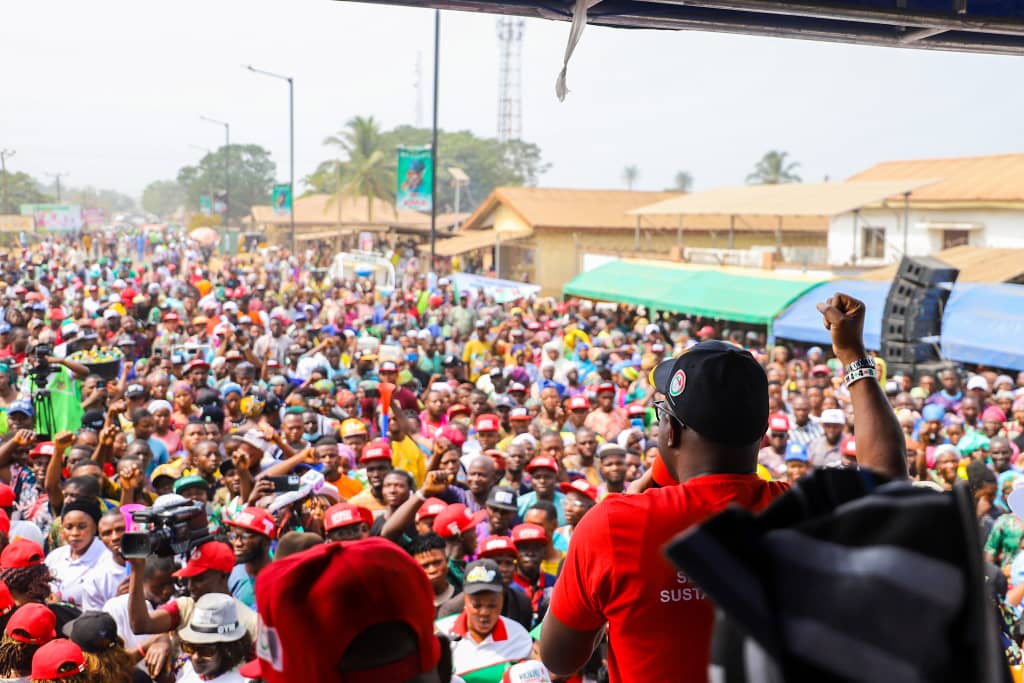 Oyo PDP Chieftain, Dare Adeleke has described the people of Ogbomoso as steadfast, upright and visionary as he commended them for their “massive support for Governor Seyi Makinde’s second term in office.

Adeleke’s commendation came after a mammoth crowd turned out for Makinde’s campaign rally in Ogbomoso.

Speaking to our reporter from Ibadan, Adeleke said: “I continue to emphasize the fact that the Seyi Makinde campaign organisation does not pay a penny for crowd, unlike the APC that shares miserly peanuts for their miserable outings. The people follow Makinde wherever he goes, in each town he sets his foot, indigenes and citizens turn out in their thousands because Makinde has touched and positively impacted individual lives.

His  Excellency ‘s developmental strides cannot be matched. As a matter of fact, Makinde is miles ahead of the charlatans being presented by other parties, especially the quack character being paraded by the APC, a party now known as the mother of all failures’. He said.

“I hail the people of Ogbomoso for their unalloyed support for His Excellency, they have shown the world where their heart is. I must also commend the students of the Ladoke Akintola University of Technology (LAUTECH) who took to the streets to  march for Makinde’s re-election. Today, Oyo can lay full claim to the university thanks to Seyi Makinde. We are very proud of our students and they know that as usual, Makinde will never let them down nor talk down on them as an APC governor once did. They are all part of his government and as His Excellency continues to say, he is not superior but a public servant elected to serve his people.” Adeleke pointed out.

According to the Oyo  Pacesetters Transport Boss: “Let me tell you, the turnout in Ogbomoso and Ibadan are not coincidence. They are not a fluke and they are not sychophancy. They are a manifest of the people’s genuine love for Makinde. Victory is sure” he pronounced.