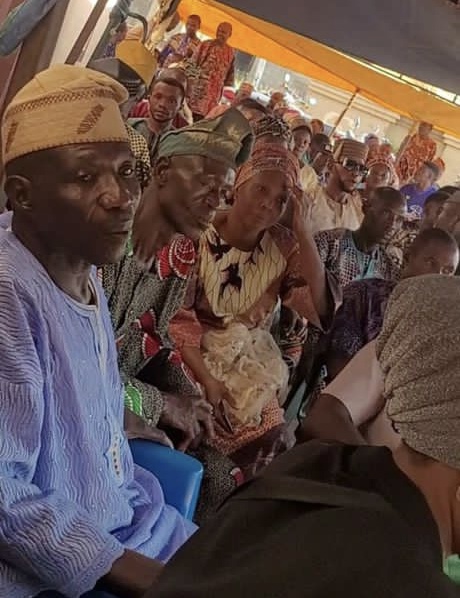 The former Chairman of Orire LGA and the leader of BABF under PDP in Orire Local Government, Hon. Adekunle Bankole during his remarks said his supporters and himself have resolved to do all their possible best to deliver Orire to People’s Democratic Party in 2023 general election by canvasing the people to vote for all the candidates of the party from Governorship to House of assembly.

Hon. Adekunle Bankole stated this on Sunday at a solidarity meeting of the group held at randa area, Ogbomoso.

He noted that the aims and objectives of the Group is to support and vote the re-election of His Excellency, Engr. Seyi Makinde as Governor, Hon. Akinwale Solomon Akinwole Wolekanle as Senator of Oyo North senatorial district, Hon. Olufemi Onireti as member Federal House of Representatives including Hon. Akin Ogundele as member Oyo State House of Assembly.

“We are one of the strong Pillar that uphold the PDP in Orire local government and we shall deliver all our Votes to all Candidates of PDP.”

In the course of the meeting, supporters who are party excos in their respective wards expressed their readiness to support PDP candidates in respect to their leaders directive and also urged the candidates to keep to all their promises before and after election.