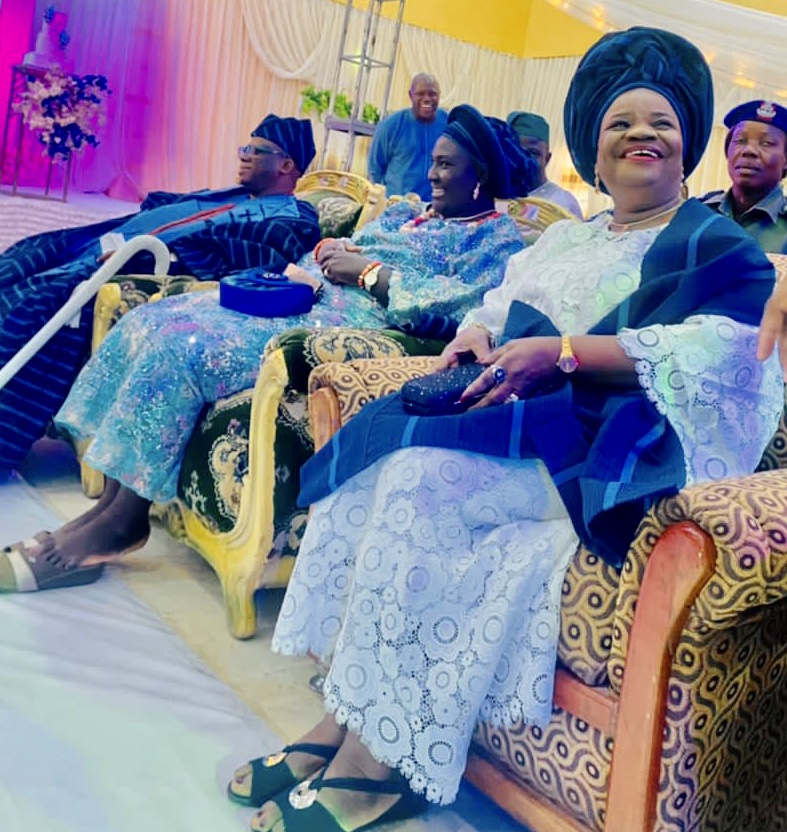 The low-key wedding of the Onpetu of Ijeru land, Oba Sunday Oladapo Oyediran’s daughter, has been described as one in town in Ogbomoso with the presence of the wife of deputy governor of Oyo state, Chief (Mrs) Ajibola Lawal, who made the event colorful and glamorous.

Influential and well-known individuals, including the Executive Chairman of Ogbomoso South, Hon. Oyedokun Oyeniyi Timothy, attended the wedding, which was held behind the town’s office of Road Safety.

Fleets of vehicles were spotted parked in the venue’s compound during the event, while Amotekun and the police were stationed nearby to provide tight security.

Following the cutting of the wedding cake, the newlyweds, Tobiloba Mary Oyediran and Oluwamayowa Adisa, who were said to have met at a friend’s wedding in Abuja, received advice from Ajibola Lawal, the wife of the deputy governor of Oyo state.

Lawal prayed for the journey to be productive, asserting that her 40 years married experience is sufficient to protect the couple during their protracted voyage.

“Having been in the business for more than forty years, you need to live together with love because wherever there is love, there’s progress.

“You need to worship together, do things together and let trust be your guiding principle.

If you trust together and live together, you will have joy,”— she said.