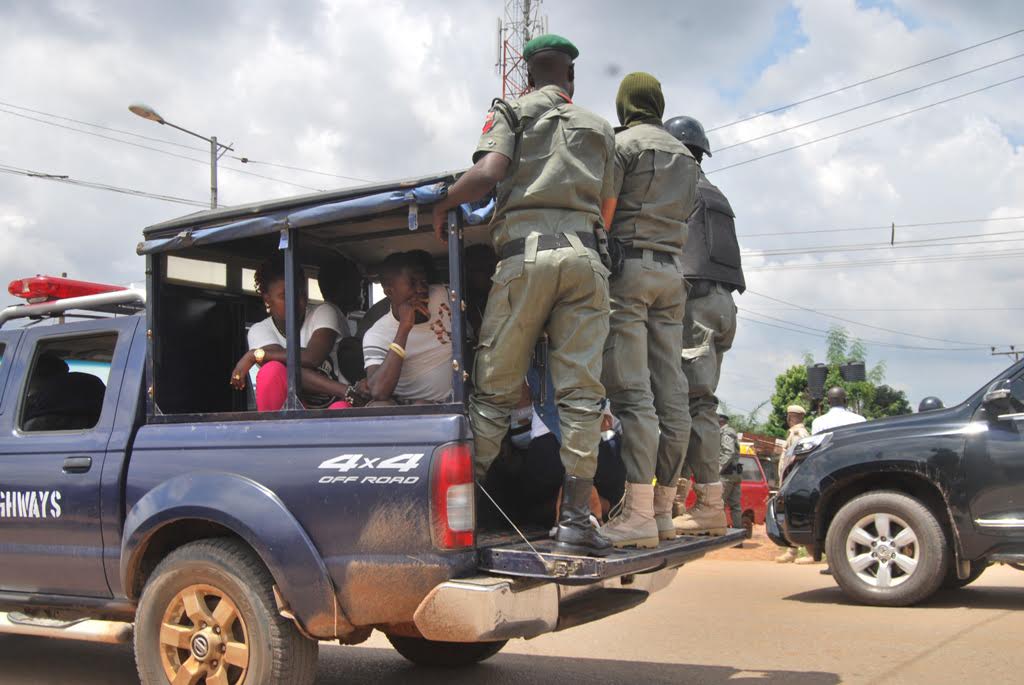 The Osun State Police Command on Monday disclosed that it has arrested ten persons in connection with the disruption of law and order in Osogbo while trying to take control of motor parks.

Hoodlums, earlier in the day, were on a rampage across Osogbo, Osun state capital shooting sporadically into the air and attacking members of the National Union of Road Transport Workers, NURTW, across major parks in the town.

However, the police, in a statement by its Public Relations Officer, SP Yemisi Opalola, said the security outfit arrested ten suspects and recovered various weapons.

The statement reads partly, ‘This is to inform the general public that the Osun State Police Command is aware and frowns at the crises that erupted within the National Union of Road Transport Workers (NURTW) in the state.

“The Commissioner of Police, CP Faleye Olaleye, swiftly charged the Area Commanders, Divisional Police Officers, and Tactical Commanders to ensure the situation is brought under control and arrest culprits.

“The Commissioner of Police wish to assure the general public that the Police Command is fully on top of the situation as Mobile/Conventional/Tactical/Patrol teams have been deployed to curtail the crises and advice member of the public to go about their lawful businesses/work without fear of insecurity or attacks.

“He, therefore, sternly warned that anyone found culpable in these unwarranted violence/attacks will face the full wrath of the law.”