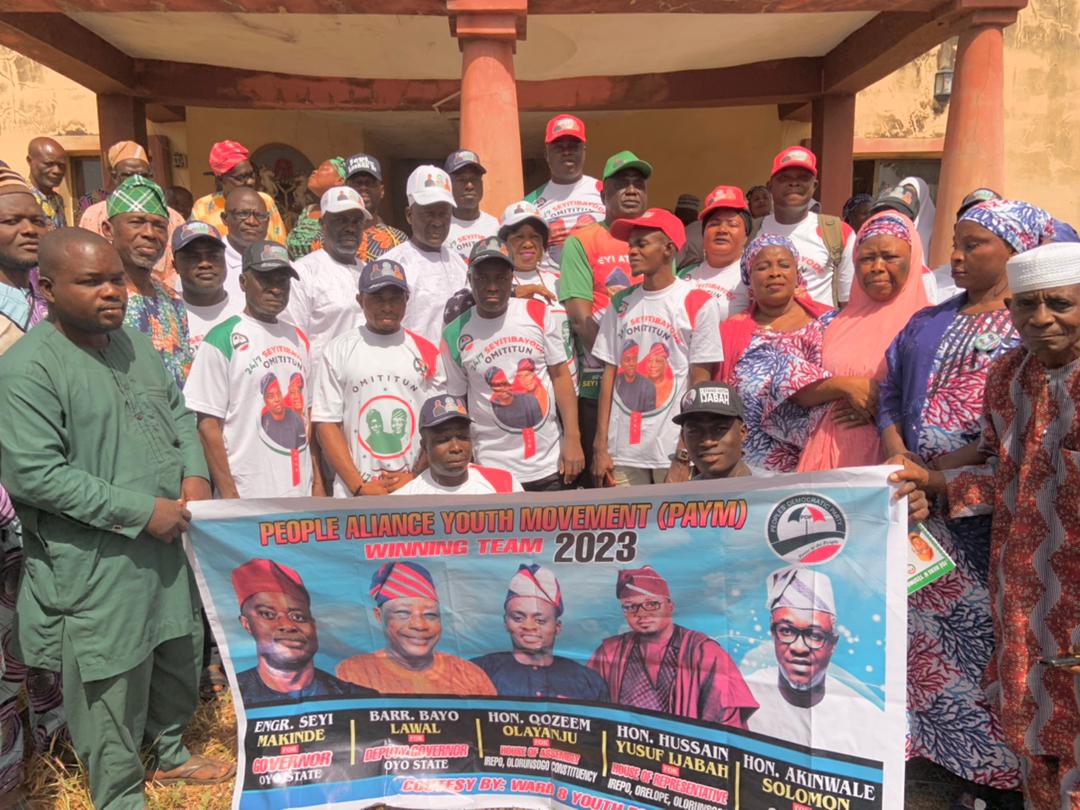 The Campaign Coordinator of Gov. Seyi Makinde Re-election bid in Irepo local government, Hon Tunde Taoheed Olayiwola on Thursday inaugurated the campaign council of People’s Democratic party (PDP) in Local levels to work for the success of the Party and its candidate in the forthcoming 2023 general election.

Speaking during the inauguration, Olayiwola tasked the committees at the local and ward levels to live up to expectations, saying that the party expects positive results and wide margin from the assignment given to them.

He equally tasked the Youth to play a vital role during the campaign while maintaining that everyone need to engage people more so that there would be continuation of the PDP administration (Omititun 2.0).

Speaking at the events, Executive Chairman of Irepo local government, Alh, Hon Lateef Suleimana Adediran a.k.a Santana commended GSM campaign coordinator, Hon T. T for his proactive preparation, foresight and ready mind in ensuring that come 2023 general elections, PDP would be victorious in Irepo, Oke-Ogun and in the state entirely.

He also advised the entire Campaign committees to work together with Party Executive’s and Leaders.

However, in his remarks, Alh Nasir Ogede Ayinde expressed appreciation to His Excellency for his impacts in Irepo, Oyo State and with the Position of Deputy Governor given to the town.

Also Speaking at the events, Party Chairman Hon Hassan Ismail Odejide expressed his gratitude to the entire members who rejoiced with him on the Car gift by Gov Seyi Makinde.

He further urged the campaign council to see the course as one of service to humanity and making sure to spread the gospel of good governance that Governor Seyi Makinde has started since taking office, as well as to enjoy the electoral success of the many accomplishments that have been recorded by this administration, saying that the party has many projects to showcase for the community as opposition party has nothing.