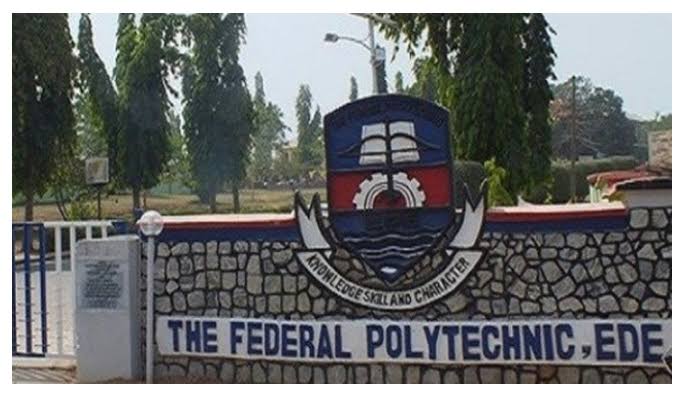 Armed robbery among other crimes has become a lucrative business in Nigeria today, among young people. The inability of the concerned security and law enforcement agents to arrest the fast growing criminality has contributed to the persistent crimes and insecurity in the country.

In sane climes, the security and safety of men and their property are primary and point of focus to all. People’s aspirations in the society start from their desire to live freely and peacefully. Therefore, Iife will be nothing but a pit of hell in the absence of peace and stability.

For sometime now, there have been reported cases of armed robbery, invasion of people’s homes and cause of panic in some areas of Ede in Osun State. This has continued to rock some parts of the ancient town, especially residents of the Federal Polytechnic Ede communities.

Students residing in the affected areas, have continued to lament cases of theft, criminal trespasses, and disturbance of peace.

It was gathered that the suspected armed robbers have declared a war against the emotions and psyche of residents of the affected areas. While to most people who have identified Ede, an ancient Yoruba town as a citadel of accord, peace and brotherhood, the emergence of the recent day light robbers would not only stain the age long credibility of the town but also mar its image as welcoming abode for both indigenes and foreigners.

Students are already making use of social media platforms, such as Whatsapp to register their displeasure at the unimaginable rate of robbery in the areas, and have opined that such moral laxity if not curbed will reduce the image of the prestigious tertiary institutions in the town.

The continued armed robbery/victimization of residents in the affected areas have truncated the progress of night trade and commerce, as most residents now nurse the fear of coming out of their home at night.

It was also gathered that the suspected agents of crimes have so developed much confidence in themselves that they carry out their operations without fear of being trailed or stopped.

This publication serves the purpose of informing the public about the incessant robbery attacks on innocent residents of the affected areas. It also captures the viewpoints of the stakeholders and the concerned, and moreso, a call to finding lasting solution to the social menace.

The state of security of the residents in the affected areas is in a very sympathetic condition; meanwhile probable and lasting solution is long overdue.

The social actors and stakeholders in the town are expected to consider the feelings of innocent residents; and working towards lasting restoration of normalcy and peace in the affected areas.

There’s no gainsaying in the fact that the areas under discussion, just like some other places of the federation are not safe. But, it becomes our sacred duty at local and micro levels to protest such annoying threats to innocent people’s safety and security.

A source that witnessed one of the incidents, and spoke as an anonymous narrated that:

“At a friend hostel during this robbery, d robbers took 2 cars, laptop, phones nd some other valuables. Some days later d police recover 1 of d cars at ibadan bt till now,d second car hasn’t been found.

Adepoju Zakariyah, the President of the Students Union Government of the Federal Polytechnic Ede Osun State, while confirming the tragedy said: “The issue has been happening incessantly right from time, but it has been alarming in recent times and we the students are mostly at the receiving end every time, we demand for all time armed patrol at every students populated area so see to the end of this.

He recalled a moment when a student fell victim of brutality and paid with a part of his body.

“There was a time last session where a student was attacked and had his arm got amputated for it all in the name of theft.

He further added that the students would have to stage a massive protest, and close down shops very close to the school environment, if concerned authorities do not take the right steps.

“I swear if it persists, we won’t hesitate to fall into streets and keep demonstrating.

A student of Office Technology and Management Department, Folorunso Temitayo Benjamen while reacting to the incidents said: “Although I don’t have adequate and accurate info about the incident, but what I knew was that there was a terrible robbery in Ede, and they attack, injure and shooting people around Odo EJa. Although I’m not in Ede presently, I just traveled yesterday.

“What I can say now is that Ede is not peaceful like before, they even stole cars and many things.

“Although we made conclusion with SUG excos by consulting Army, at least there is Barracks in Ede. Things are not easy for students at the moment.

A student from the Faculty of Communication and Information Science, Liadi Temitope (TEMICRUZ) suggested that the concerned authorities should fix a time for residents of the affected areas to enter their homes and whoever found disobey the rule should be considered a suspect and investigated.

He also added that anyone sighted carrying loads or appliances in the night should be treated with suspicion.

“My views sir are this are happening because most students are not around they saw it as an avenue to attack the few ones available and also they perceived it is the rich and well do student that will wait while others go home, but luckily for me j haven’t encounter any but have heard of it so many times and been called to help and I believe this can be a possible solution to curb it, the school environment and the town securities or vigilantes to drop either a time for entering and leaving ouses, ones anyone is found outside beyond the time given then such person is a suspect and anyone seen carrying appliances at late hours should not be let to move.

“So I think the security of the town is the issue and if they van also deploy amotekun it will be better.

“Don’t really know much about the crime but I overheard Odo eja and Ogberin.

A student of Accountancy Department, Victor JAMES, said: “Well, basically i would say, the robbery had its way due to the number of those remaining around campus. We just concluded our Semester exams and everyone/ if not all, but most had left for home.

“Those who are still around are either indigenes or students who hardly go home.

“We all understand that, most guys lately have resulted to catering for themselves in their own way, but some have gone way ahead by living too flashy, thus, calling attention to themselves.

“I believe if there was moderation, in spending and lifestyle, there should no be a reason to attract unwanted flies.

“Security, we all know the state of this matter-Security-as it has become a national crisis.

“There’s not protection or presence of security personnel.

“I reckon a said individual called the night of the act, and the police took their time to arrive, and when they did, they went to a wrong location.

“This of course is enough time for the act to be perpetuated.

“Lately, i have been hearing resolves as, people are taking actions into their hands, it’s a good thing but in a bad way, we can not take laws into our hands.

“I sense the beginning of weaponry being kept at home now. Some have acquired cutlasses while some of course, guns., so we know what to expect.

“All in all, I strongly believe the robbery is a coordinated one and those in the act are not based in ede, perhaps contracted cause, where will a robber from ede cart away vehicles to, Cocoa warehouse?

“May God heal those affected and protect all of us.

“The DPO Pere Ede and DPO Okeresi Ede will give you all necessary crime intelligence reports.

“Okay, thank God that you know the security situation in Ede. PRO of the Fedpoly Ede will also update you aside from the DPOs mentioned above.

When contacted, the Public Relations Officer of the School, Mr. Sola Lawal said the security agencies and local hunters were already on top of the issue, and it is honourable that he does not make comment on the issue, to allow them perform their duties.

“In as much as I’m willing to help you on this write up, yet, i have decided to maintain a seal lip on the matter for now, bcos the security agencies and local hunters have commenced action on this dastardly act, and such comments won’t help the situation, at least for now.